Bond – James Bond – is one of the most enduring male icons. He was the epitome of both the gentleman and the action hero, when the series launched in the 1960’s, until today.

Perhaps his strongest appeal is that he can rough it, but always looks sharp while doing so – complete with a tux and a classic watch.

Want to dress like the world’s most famous spy? Start with the selection of watches that made his wrist: 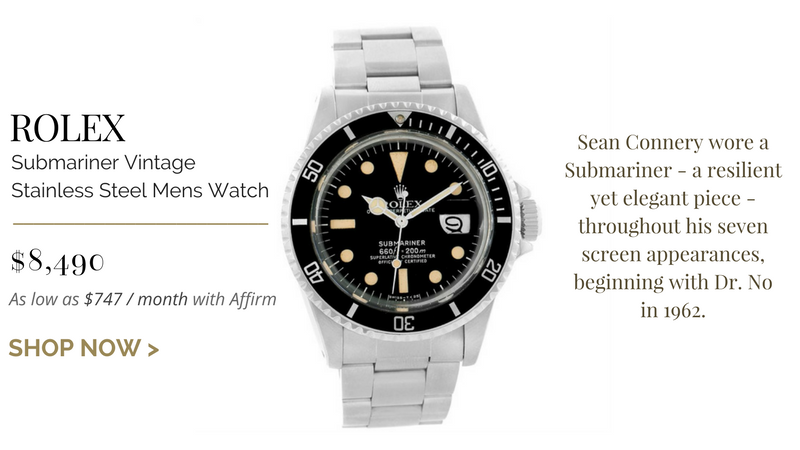 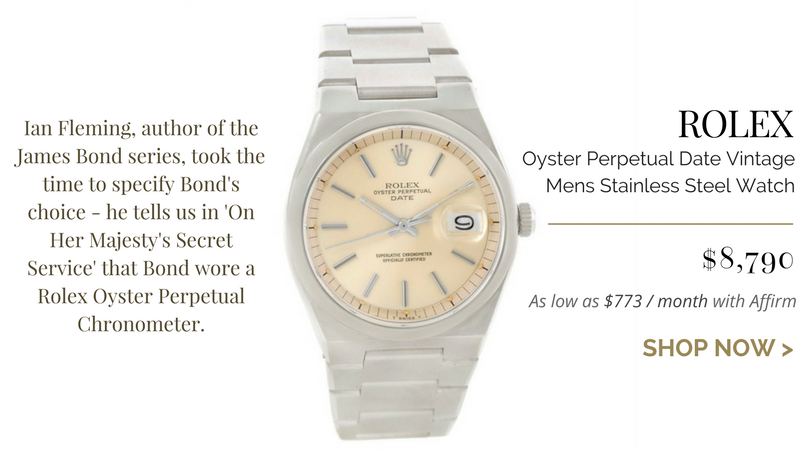 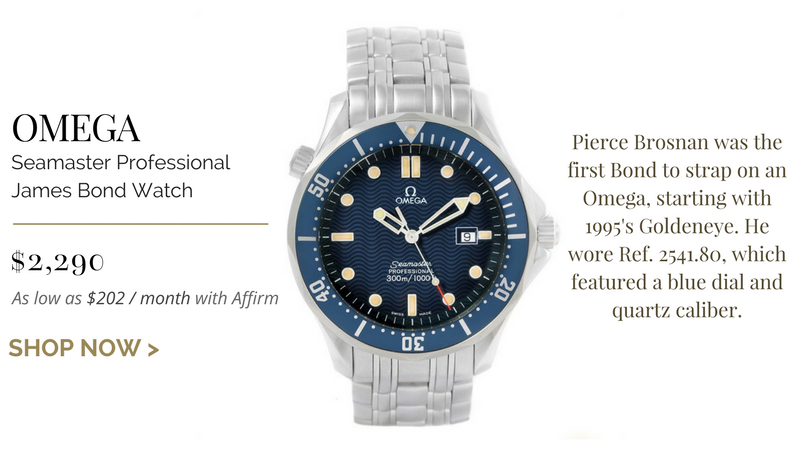 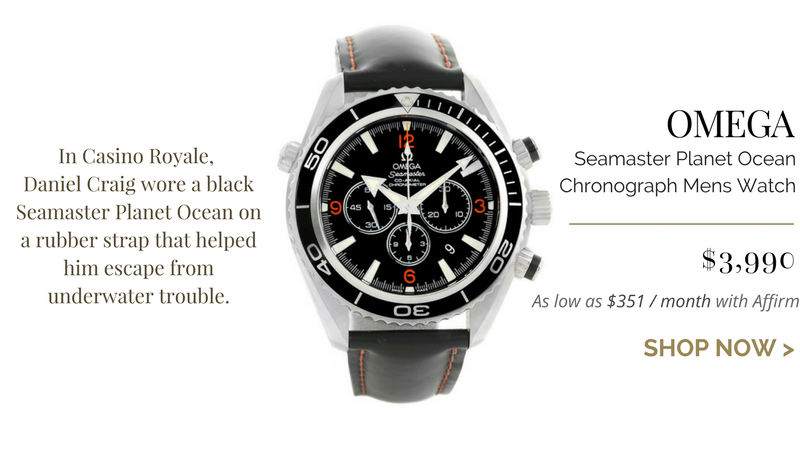 November 5, 2018
April 19, 2018
SEARCH THE WATCH CLUB
FOLLOW OUR CURATED WATCH COLLECTION ON INSTAGRAM
Watches do more than just tell time. For some, it