Sylvester Stallone is best known by the public as an iconic actor, but he’s actually a man of many talents and interests. When he’s not in front of the camera, he’s also a director, screenwriter, a businessman, and an avid watch collector.

In the watch circles, Sly is credited for bringing Panerai into public consciousness. Sly discovered the brand in Italy and wore it in several of his films, helping it gain popularity in Hollywood. He has gone on to own several pieces from the brand and a few special editions have been launched in his honor.

While he clearly loves Panerai, he also isn’t a one-watch man! He has quite an extensive collection of iconic classics, and some pieces customized to his liking. Here’s a peek into his watch box: 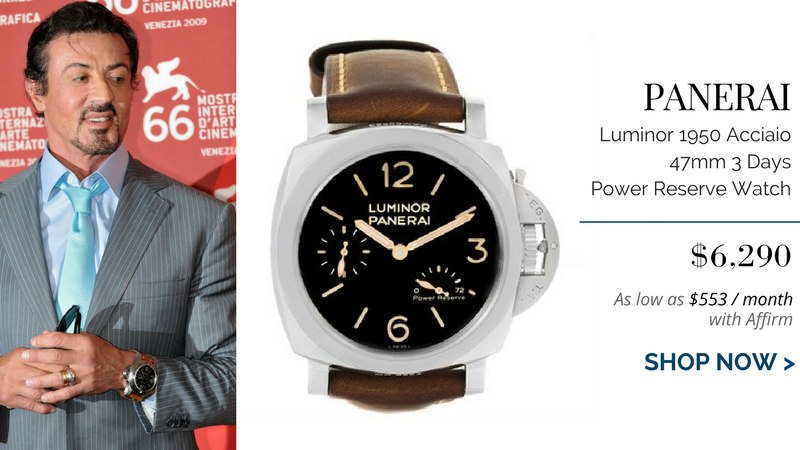 Sly’s love affair with Panerai watches began when he accidentally walked into the brand’s shop in Florence. Impressed by the detail and military design, he has worn many Panerai watches in his films, starting with 1995’s Daylight, followed by 2008’s Rambo IV and 2013’s The Expendables.

In this photo he is wearing a very large 2009 Special Edition 60MM Radiomir Egiziano which has only been produced in 500 units. 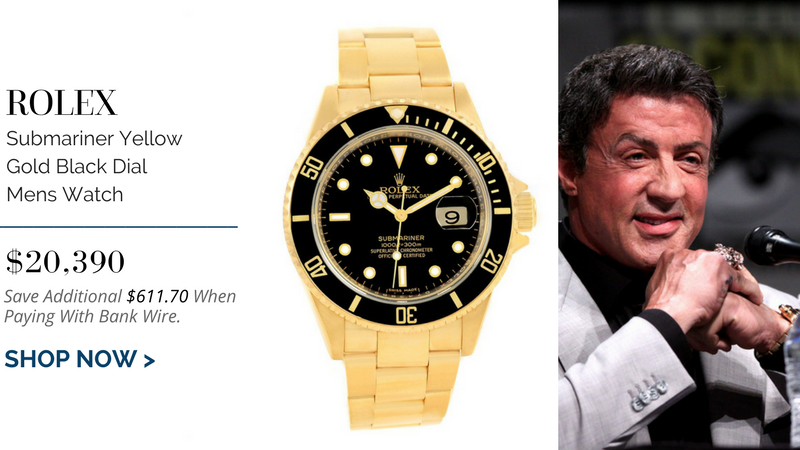 This yellow gold Rolex Submariner with a black dial and bezel is actually one of the first watches spotted with him.

He often wore the watch during the Rocky days in the early 1980s, and he would often wear it on his right wrist, Steve McQueen-style. During those days, Sly also frequently wore a yellow gold Rolex Day-Date “President.” 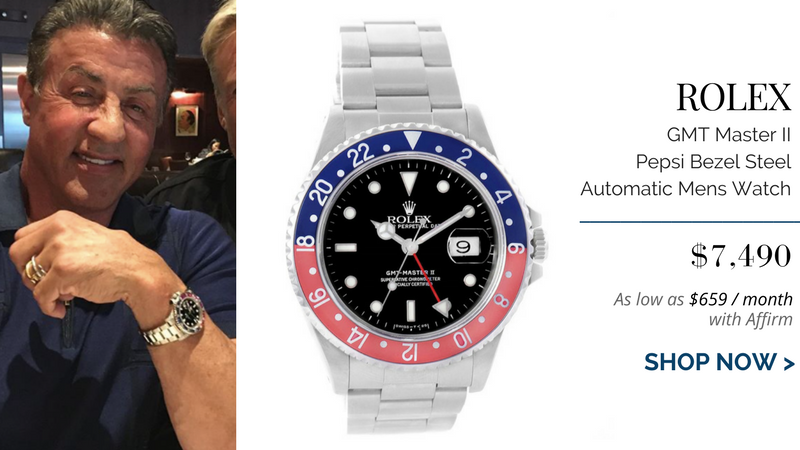 One of his most distinct pieces is a white gold Rolex GMT-Master II Pepsi. Instead of an acrylic bezel or a Cerachrom bezel, his watch has a jeweled one. The 18k white gold watch uses diamonds, sapphires, and rubies on the bezel to form the iconic blue, red, and white combo of the Rolex Pepsi.

Aside from this GMT Master, Sly also has another customized Rolex piece – a customized Black-Out Concept Rolex Daytona. 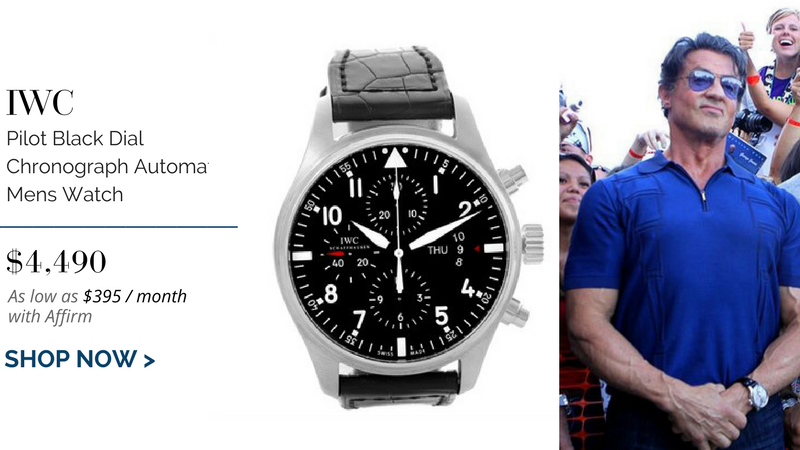 Apart from gold watches, Sly has a penchant for big watches. His IWC Big Pilot watch fits nicely on his wrist. It’s also easily spotted from afar because of the riveted leather bracelet and onion crown. 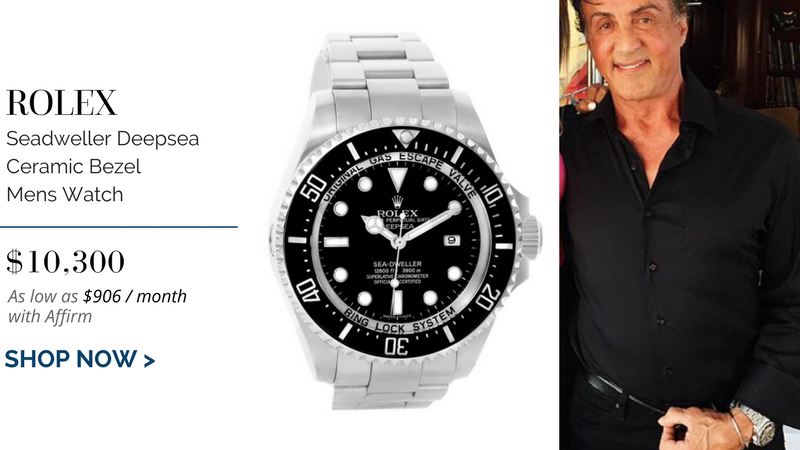 On a European trip two years ago, Sly was spotted entering a shop with a selection of Rolex watches. He left the shop with a purchase in hand.

The watch turned out to be a Rolex Deepsea Seadweller, which he wore upon arrival at the airport. Just last year, he bought another Rolex Seadweller – the James Cameron which he proudly showed off on his Instagram page.

October 11, 2021
October 1, 2018
August 13, 2018
SEARCH THE WATCH CLUB
EXPLORE THE WATCH CLUB
FOLLOW OUR CURATED WATCH COLLECTION ON INSTAGRAM
IWC was one of the pioneers of using ceramic for w