The Patek Philippe Nautilus has epitomized the luxury steel sports watch since 1976. Created by Gerald Genta, the vanguard of the luxury sports watch genre, it has gone from an outlier among Patek’s overwhelmingly elegant catalog, to a most coveted model, not just within the brand but in the entire watch world.

Get your crash course on the quintessential luxury sports watch with SwissWatchExpo‘s Ultimate Guide to the Patek Philippe Nautilus. 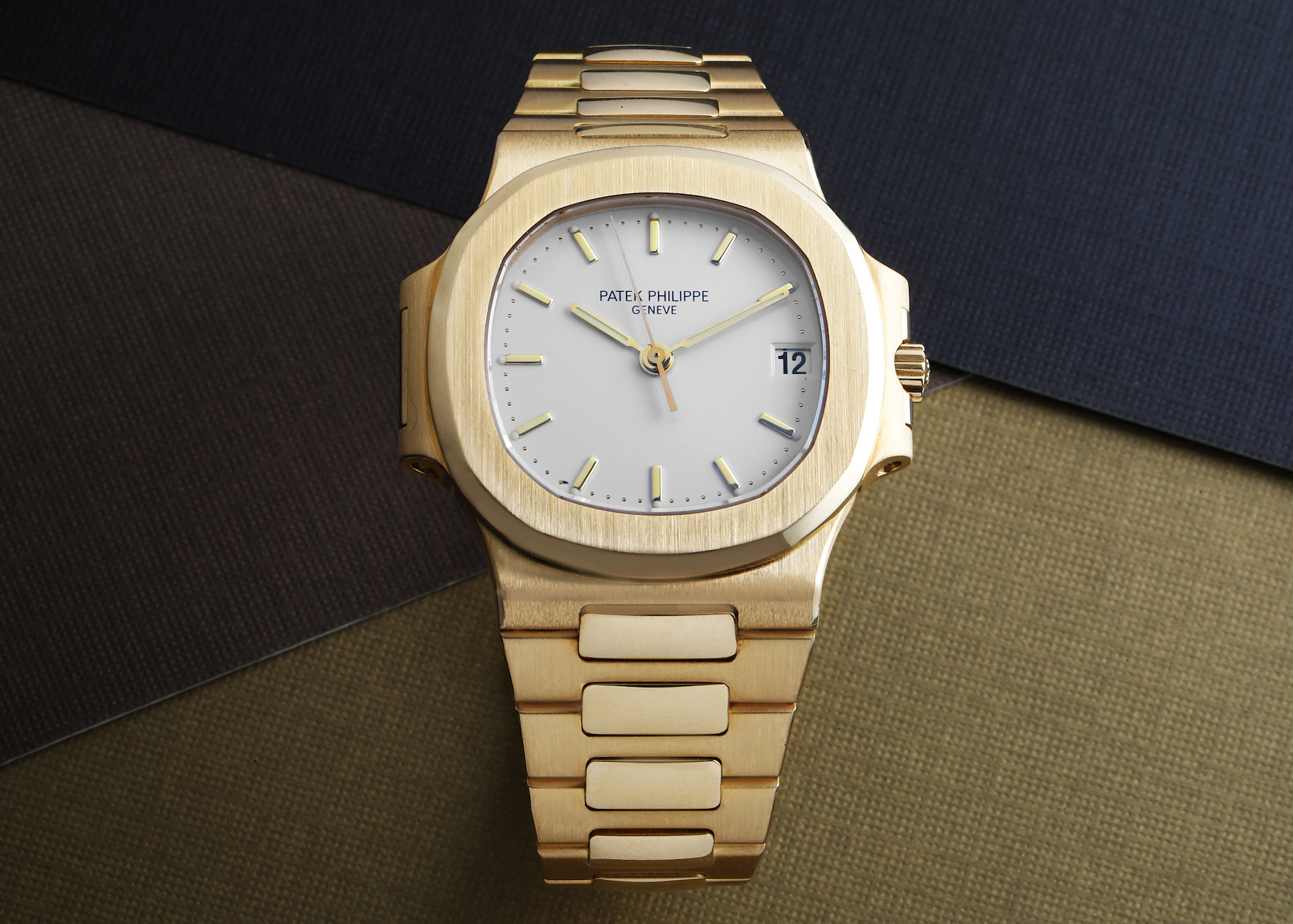 About the Patek Philippe Nautilus

1974 – Gérald Genta, renowned watch designer, showed his sketch for the Nautilus to Patek Philippe executives and the Stern family

1976 – The first Nautilus, Reference 3700/1 is introduced, and was later named “Jumbo” for its 42mm case, which was considered large at the time 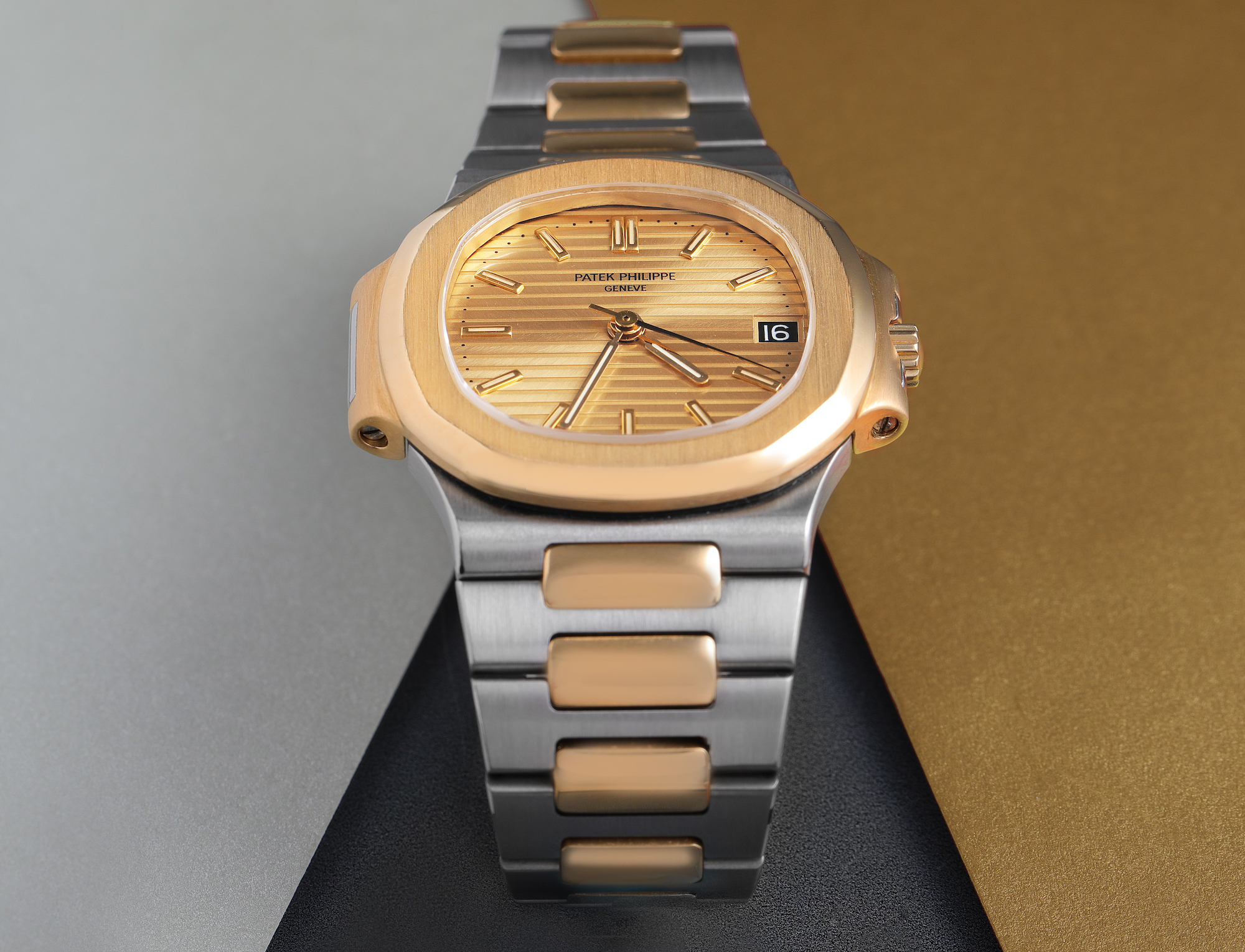 1990 – With smaller versions of the Nautilus becoming more popular, production of the 42mm “Jumbo” model stops. It becomes a sought-after collectible and commands top prices at auctions.

1992 – Patek Philippe re-introduces a Nautilus in its original 42mm size. This revamped model features Roman numerals instead of baton markers and comes with a power-reserve indicator.

1996 – Patek Philippine begins to offer a Nautilus model that features Roman numerals and a smooth dial. Gold versions of this model were made available soon thereafter.

2006 – The Nautilus celebrates its 30th anniversary, and Patek Philippe introduces a rounder case shape and a refashioned case design. The Reference 5711 is also introduced in the same year. It measures 43mm and features a gradient black-blue dial. It would eventually become the most highly coveted Nautilus model.

2016 – The Nautilus celebrates its 40th anniversary, and Patek Philippe introduces two limited-edition models: a platinum version with a 43 mm case, and a chronograph version in white gold with a 44 mm case. Both command premium prices and are available at limited production of 700 and 1,300 pieces respectively.

2021 – The Patek Philippe 5711 is officially discontinued. Earlier in the year, an olive green dial version and Tiffany blue dial were introduced as final models in the 5711 series. 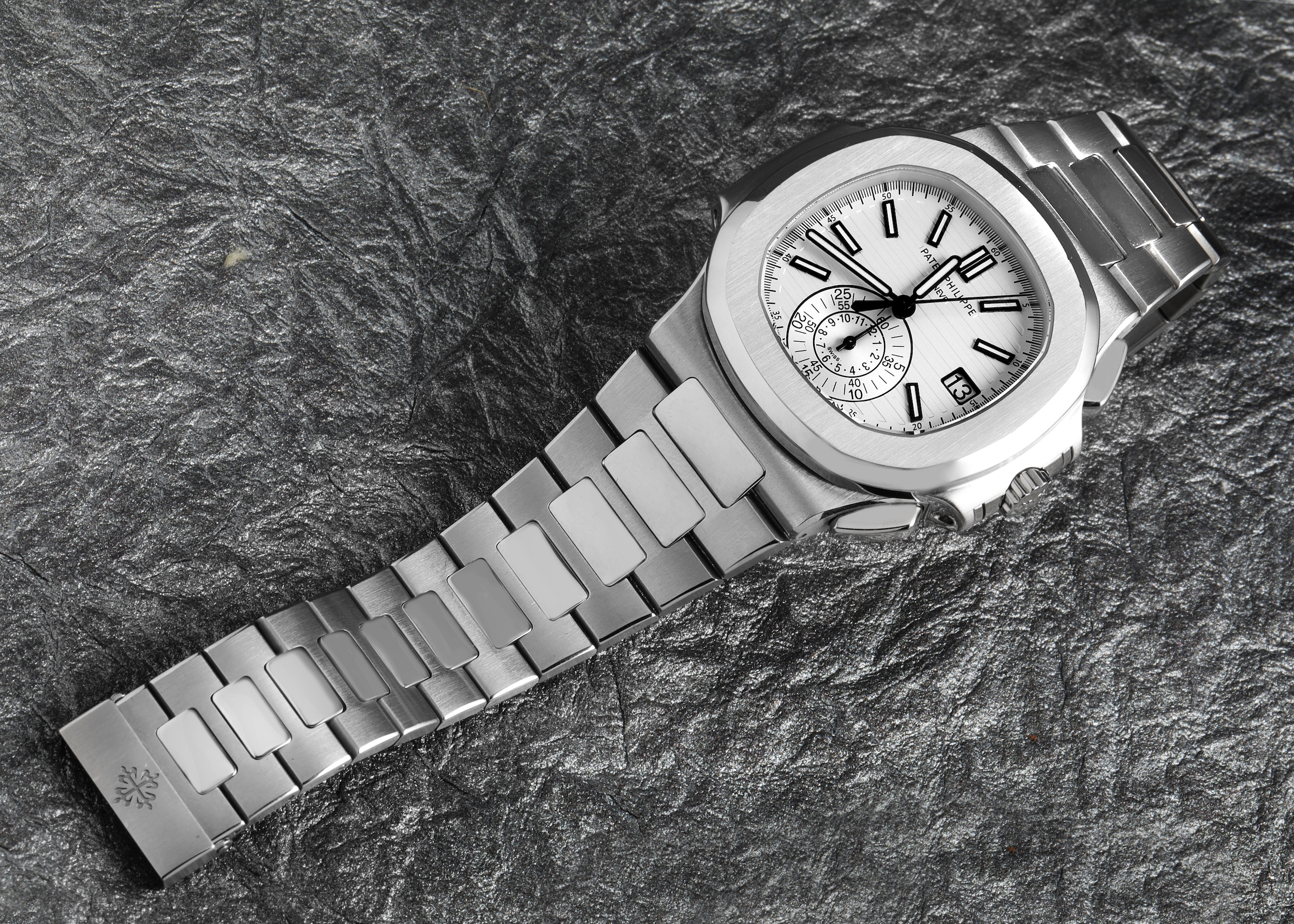 The classic three-hand design, with a horizontal grooved dial, baton hour markers, and date aperture at 3 o’clock. The most popular edition of this collection is the blue dial 5711/1A, which has been discontinued in early 2021. It was replaced with an olive-green dial version and a highly-exclusive Tiffany & Co dial version, which were final additions to the series. 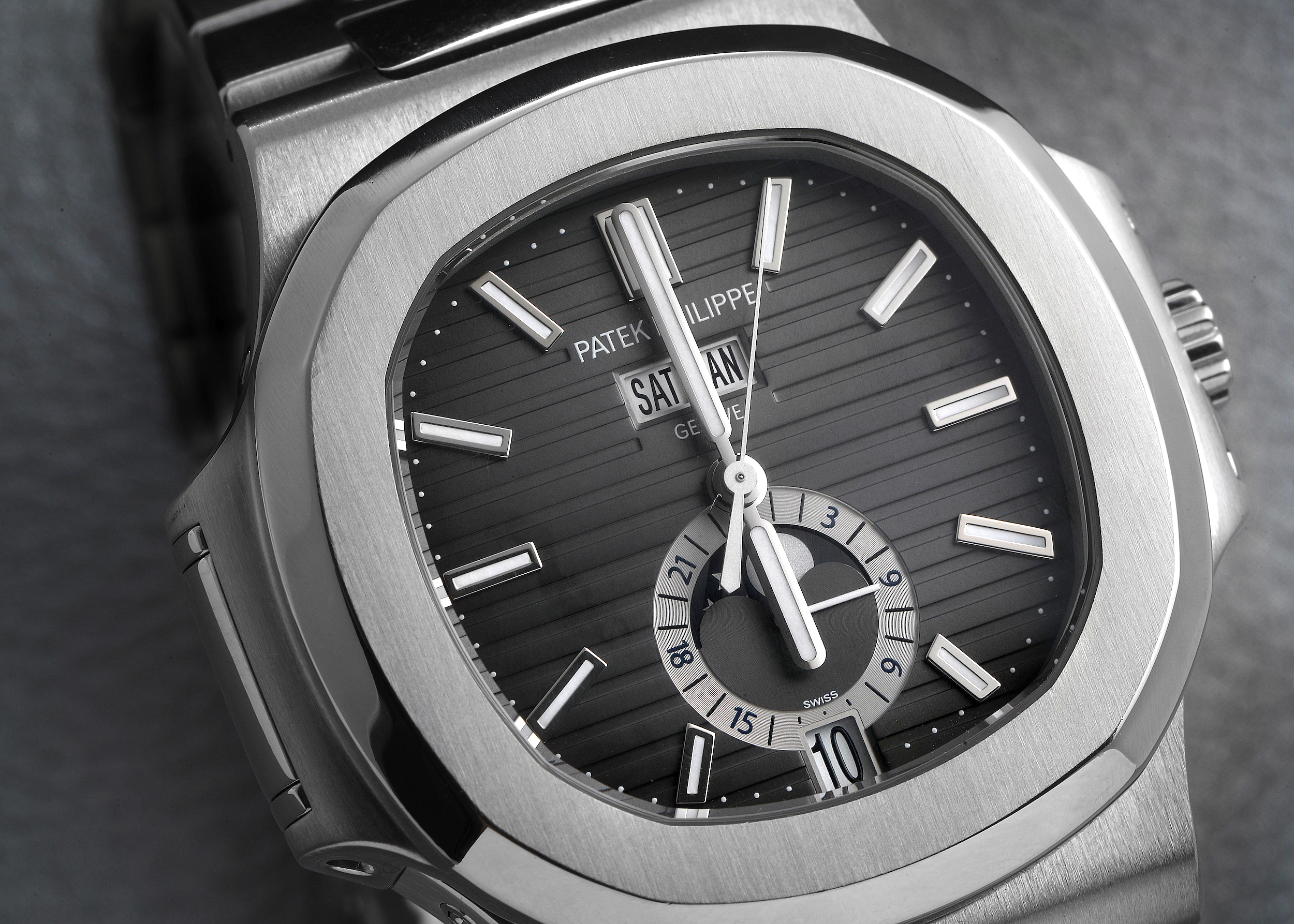 There are only a few watches that can claim iconic status in the watch world, and the Patek Philippe Nautilus is unarguably one of them. The maritime inspiration, distinct design, and illustrious history of the Nautilus makes each model consistently valuable, but of course there are crowd favorites within the collection. Here are the most popular models from the Nautilus line: 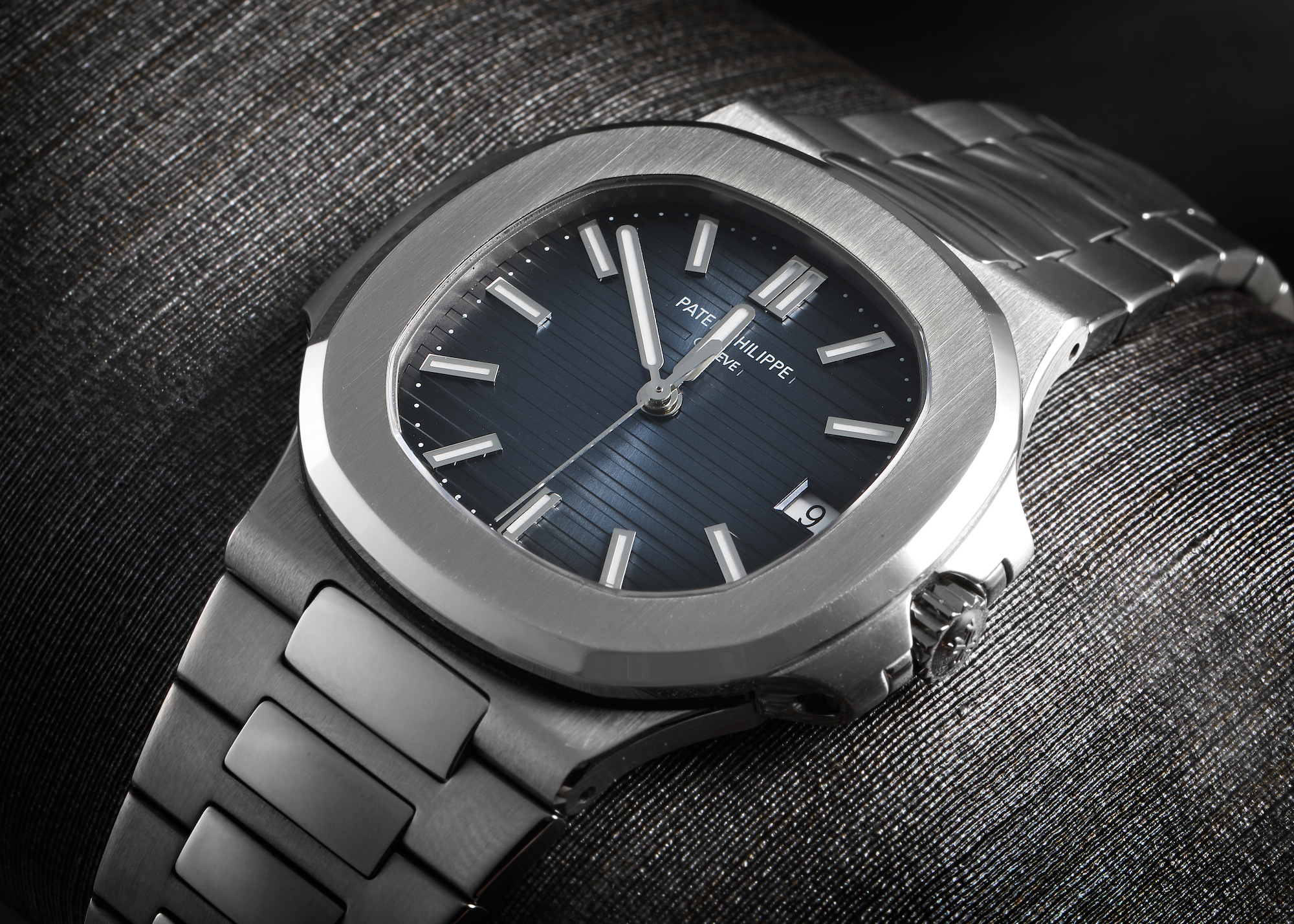 Produced from 2006 to 2021, the Patek Philippe Nautilus Reference 5711/1A reached mythical status. Introduced in time for the 30th anniversary of the Nautilus, its blue dial version is a direct descendant of the first ever Nautilus watch, the Reference 3700. Combining classic looks with an edgy gradient blue dial, the watch had undeniably strong appeal. At its prime, it had an average wait list of eight years at authorized retailers, and fetched double its retail price in the secondary market. One could unequivocally say that it was the luxury sports watch of its time, and now that production has ceased, the frenzy continues to grow. 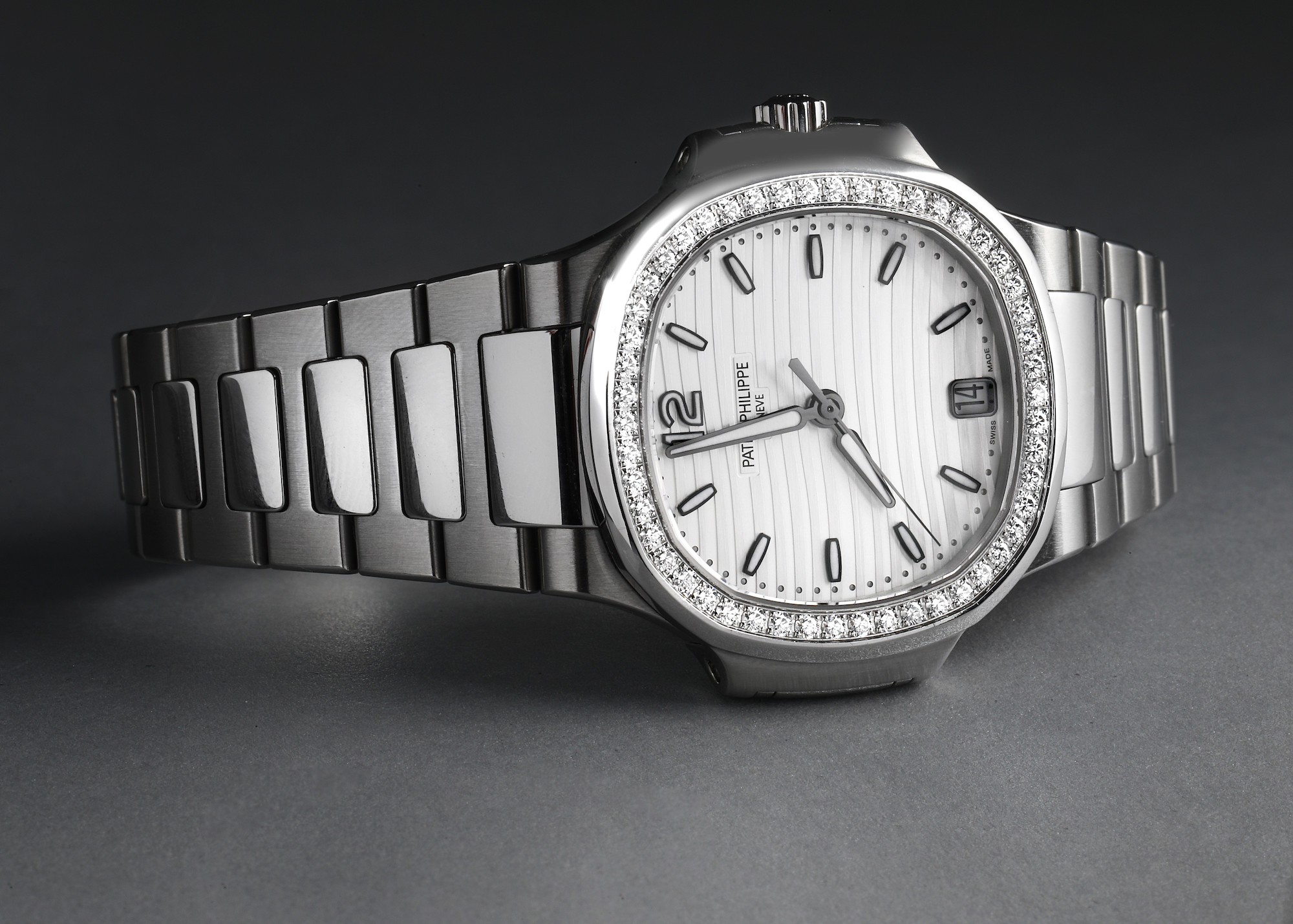 Introduced in 2017, the Patek Philippe Nautilus Reference 7118 improved the ladies counterpart with a slightly larger diameter (35.2 mm instead of 33.6 mm) and a new range of dial colors including blue, silver, and gray with grading to black on the edges. The substantial sizing and sporty-elegant look makes it appealing to ladies who need an all-around watch: one that can be worn in casual settings, but is just as appropriate for formal occasions. 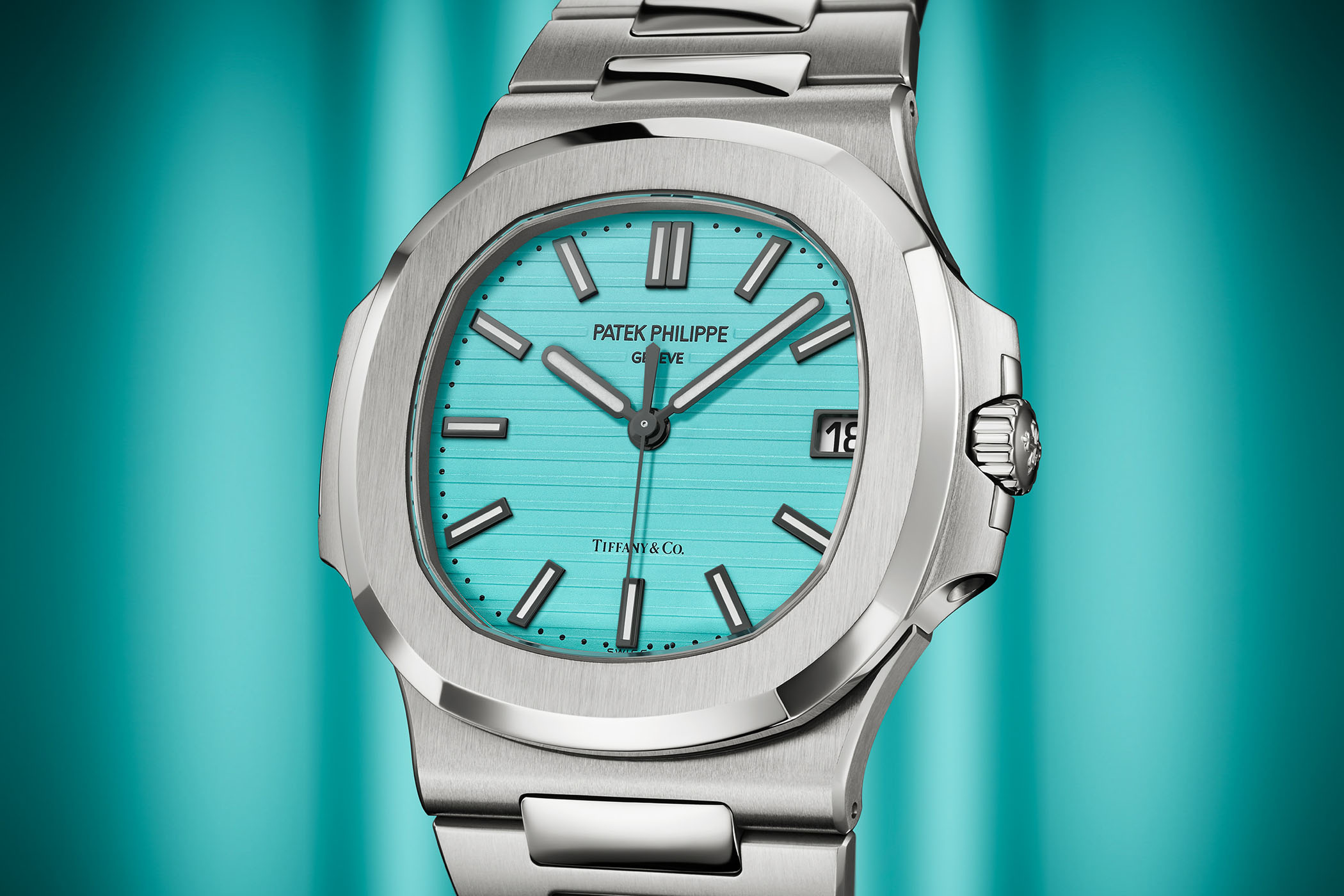 Before Patek Philippe ceased production of their highly celebrated Reference 5711, they made sure to end it with a bang. The final addition to the series is a highly exclusive Tiffany Blue model. Available exclusively at Tiffany & Co. boutiques in New York, Beverly Hills, and San Francisco, this Tiffany-stamped watch was produced only in 170 pieces. With all these elements combined, it was bound to be a hot ticket item. Spotted on the wrists of Jay-Z, Leonardo DiCaprio, and LeBron James, it’s not a watch that everyone can own, but certainly one that every watch collector will recognize.

The Patek Philippe Nautilus 5711/1A debuted in 2006 to celebrate the 30th anniversary of the Nautilus. The grooved black-blue dial version has become the most wanted luxury sports watch to date, with an average waiting time of eight years at authorized dealers. It is especially loved for its versatility. It is also historically significant because it is a modernized version of the very first Nautilus, the 3700/1 from 1976. 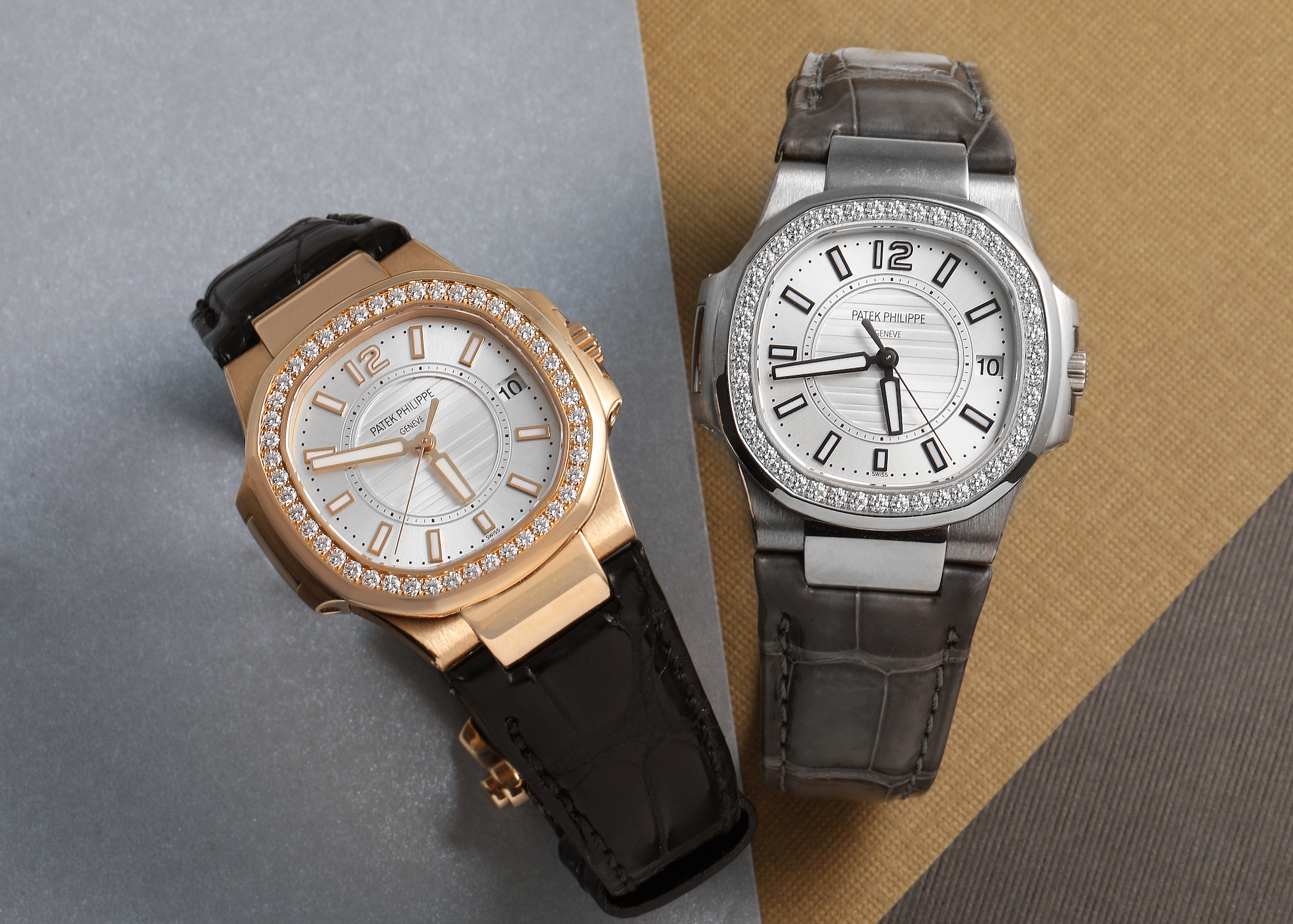 HOW CAN I TELL IF MY PATEK PHILIPPE NAUTILUS IS REAL?

The Patek Philippe Nautilus is a target of counterfeiters due to its great demand and value. Patek Philippe’s timepieces are made to the highest standards and with top quality materials, so poor construction is a dead giveaway.

Before you purchase your Nautilus watch, it is essential to do research on your chosen reference, and to familiarize yourself with its most minute details, so you can more easily spot a fake. The best defense against buying any fake timepiece, is to buy from a reputable dealer, like SwissWatchExpo, who can provide a guarantee of authenticity on the watch.

As the most prestigious watch brand in the world, Patek Philippe watches in general hold their value well. The Patek Philippe name is forever linked with sophisticated design and exceptional quality, and is also universally recognized as a harbinger of taste. Aside from this reputation, Patek Philippe only produces around 50,000 timepieces a year, which makes for a limited inventory. These factors give Patek Philippe a firm grip on the value of their watches.

0
April 22, 2022
SEARCH THE WATCH CLUB
EXPLORE THE WATCH CLUB
FOLLOW OUR CURATED WATCH COLLECTION ON INSTAGRAM
After retiring from professional football in 2007,

Patek Philippe elevated the Aquanaut line with the