When searching for a dive watch, there are various components to keep in mind. Perhaps you’re trying to find the best deal, or maybe you want the most prestige. Regardless, you’ll want to check out individual key features on each one you may potentially buy. Here, we’ll lay out the similarities and differences between two great quality dive watches: the Rolex Submariner and the Tudor Submariner.

Throughout this article, you’ll gain perspective on the details of each watch and see how these two brands are connected.

The Connection Between the Rolex Submariner and Tudor Submariner

Tudor is known as the more affordable sibling company to Rolex. Though uncommon in the luxury world, it’s a common practice among big brands to offer secondary lines like this to appeal to a wider audience. Hans Waldorf signed for exclusive rights to the name Tudor in 1926, starting what would later be a new line of watches.

The first Tudor watch didn’t come out until 1932, and some watches had both the Rolex and Tudor names marked on them to make the connection more obvious. With time, the Tudor brand grew into its own. 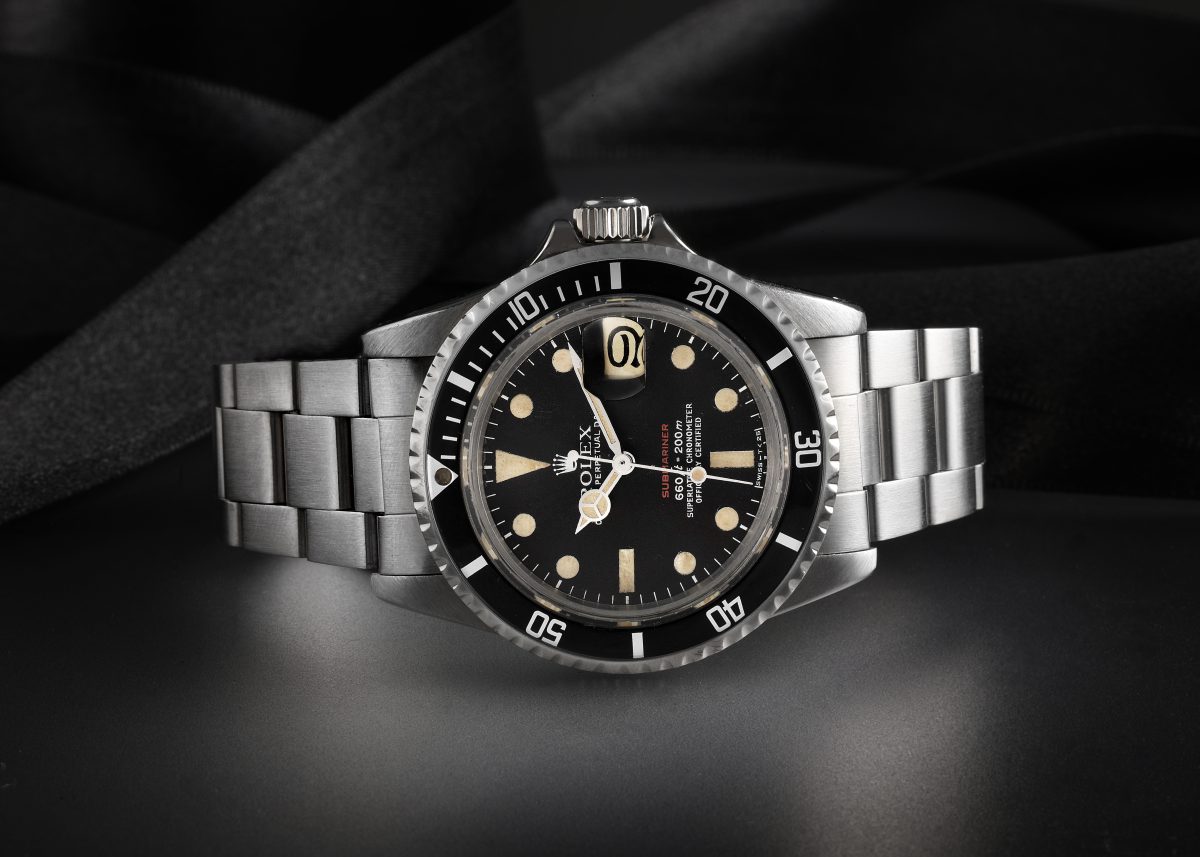 Rolex was the first out of the two companies to offer the Submariner. The Rolex Submariner was introduced at the Basel fair in 1953, and it proved to everyone that Rolex is a brand that can incorporate both style and functionality into their top-quality watches. 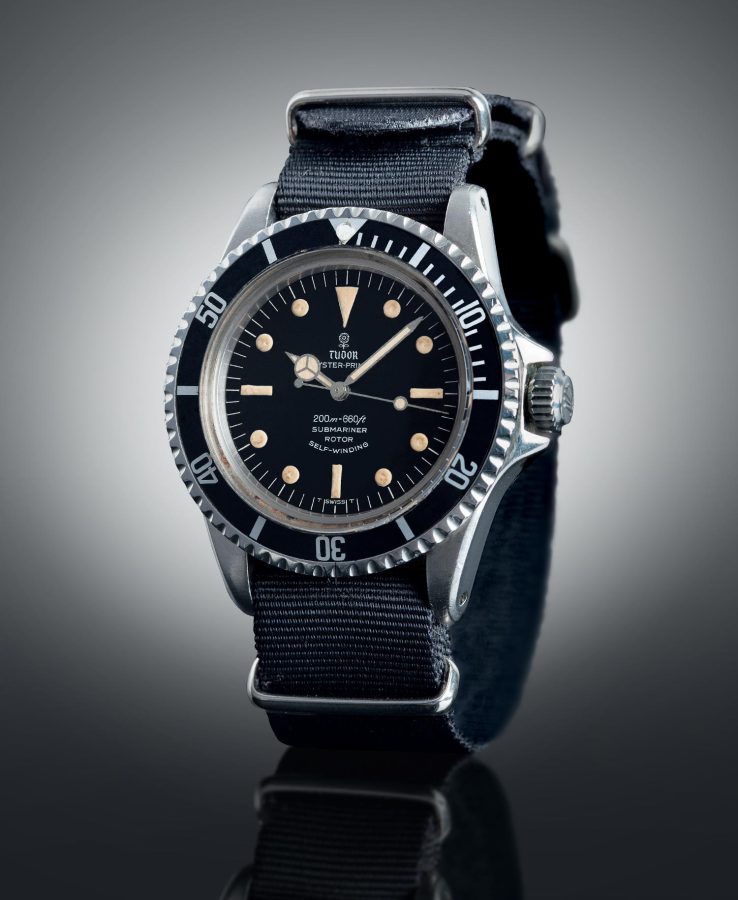 Quickly following the Rolex Submariner’s release, Tudor came out with their own Submariner line in 1954. Its full name was the Tudor Oyster Prince Submariner. Tudor outsourced their Submariner’s movement while Rolex created theirs in-house. To maintain the affordable price, Tudor’s movements were not chronometer certified, whereas Rolex’s movements were.

As part of their luxury brand name, Rolex develops in-house movements for their watches, and they started doing so exclusively in 2012. 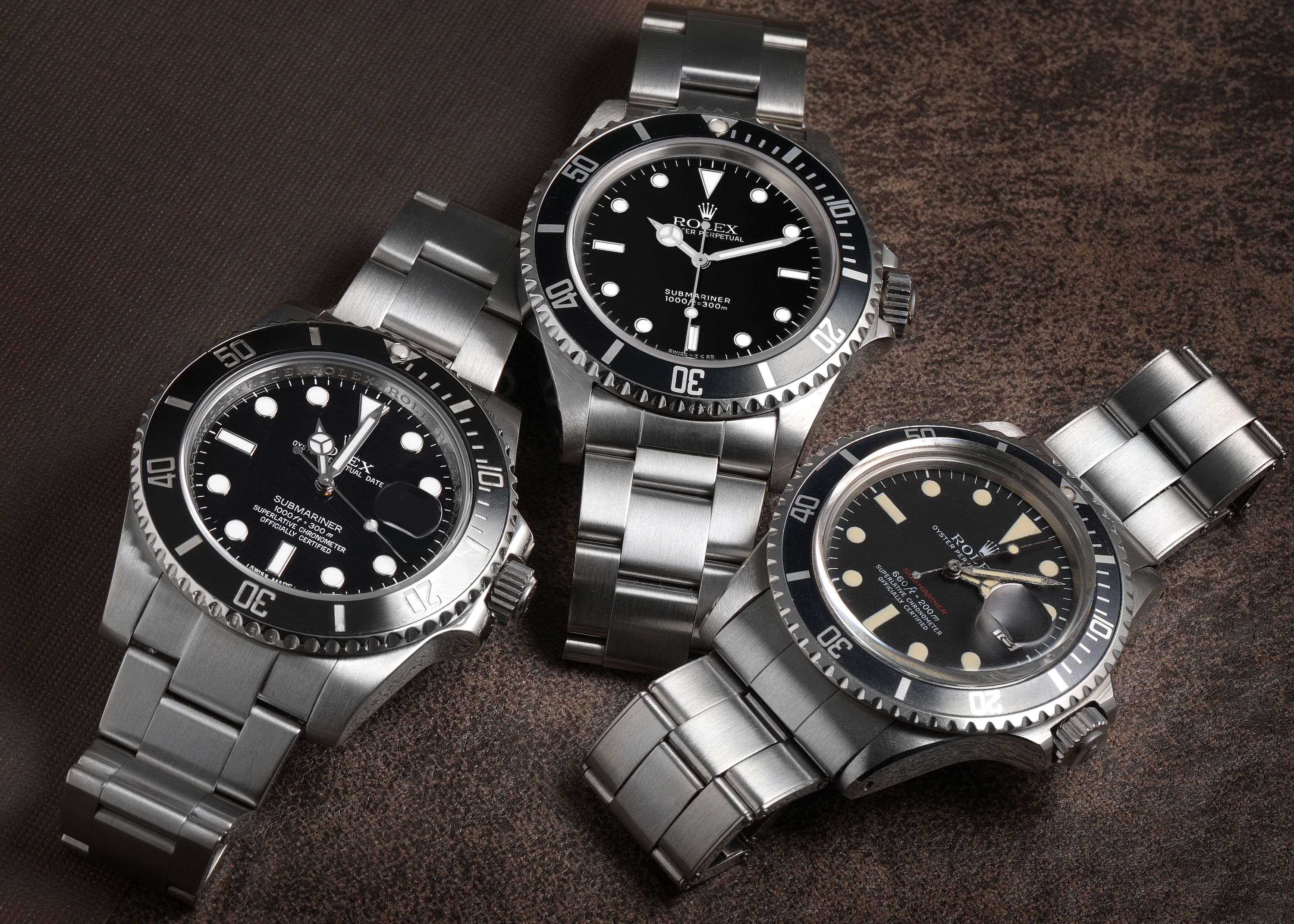 Though there are differences, including the price tag, there are many similarities between both Submariners as well. Both were created for professional diving and high legibility in deep waters. To do this, Tudor took three key features from the Rolex Submariner — the screw-in crown that prevents the movement from being damaged by water,  the screwed-down oyster caseback that hermetically seals the case, and a plexiglass crystal limiting water damage from the front.

The Tudor and Rolex Submariners have undergone evolutions since their inception, although Rolex has incorporated more subtle changes than its Tudor counterpart.

Evolution of the Rolex and Tudor Submariners

Let’s take a look at key changes for the Rolex Submariner and Tudor Submariner over the years.

1959 – This year was when the Rolex Submariner had its biggest change. They did away with the small 6mm and large 8mm crown sizes, opting for the Twinlock 7mm crown on reference 5512. Crown guards were also a welcome addition to this sizing change.

1969 – The new reference 1680 Submariner Date was introduced, but there was still the ability to opt for a non-date. This incorporated the cyclops date magnifier. 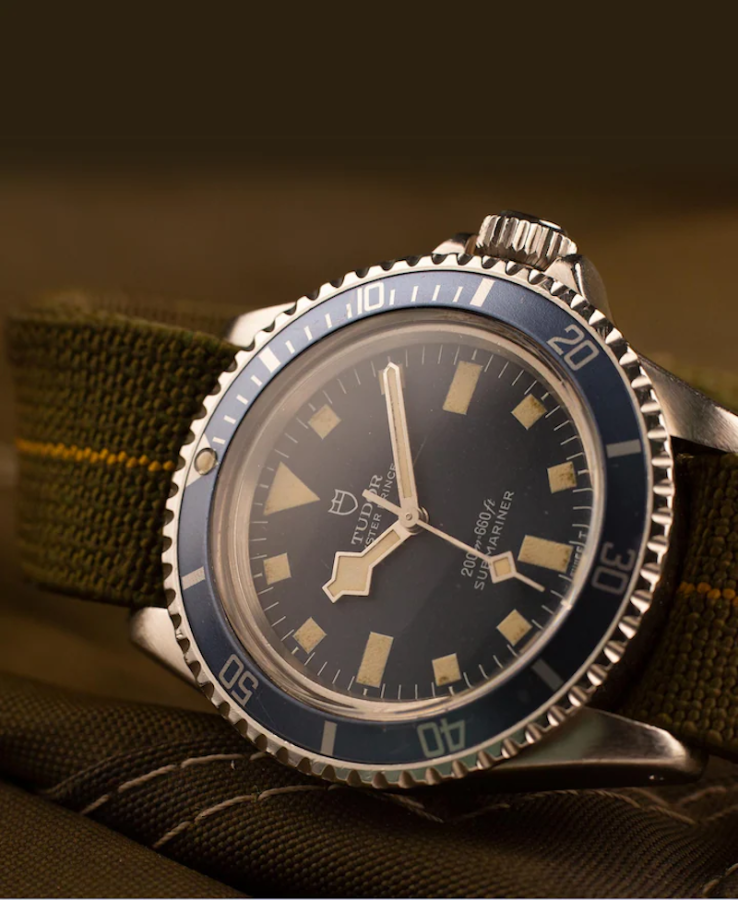 The Tudor Submariner conducted its own evolution alongside the Rolex Submariner.

1969 – New ETA movement 2483. The design on the dial also changed to a coat of arms from the signature Tudor rose.

1989 – Incorporated the Tudor logo onto the metal Oyster bracelet.

1999 – The Tudor Submariner was discontinued.

The Tudor Submariner Lives on With the Heritage Black Bay Line 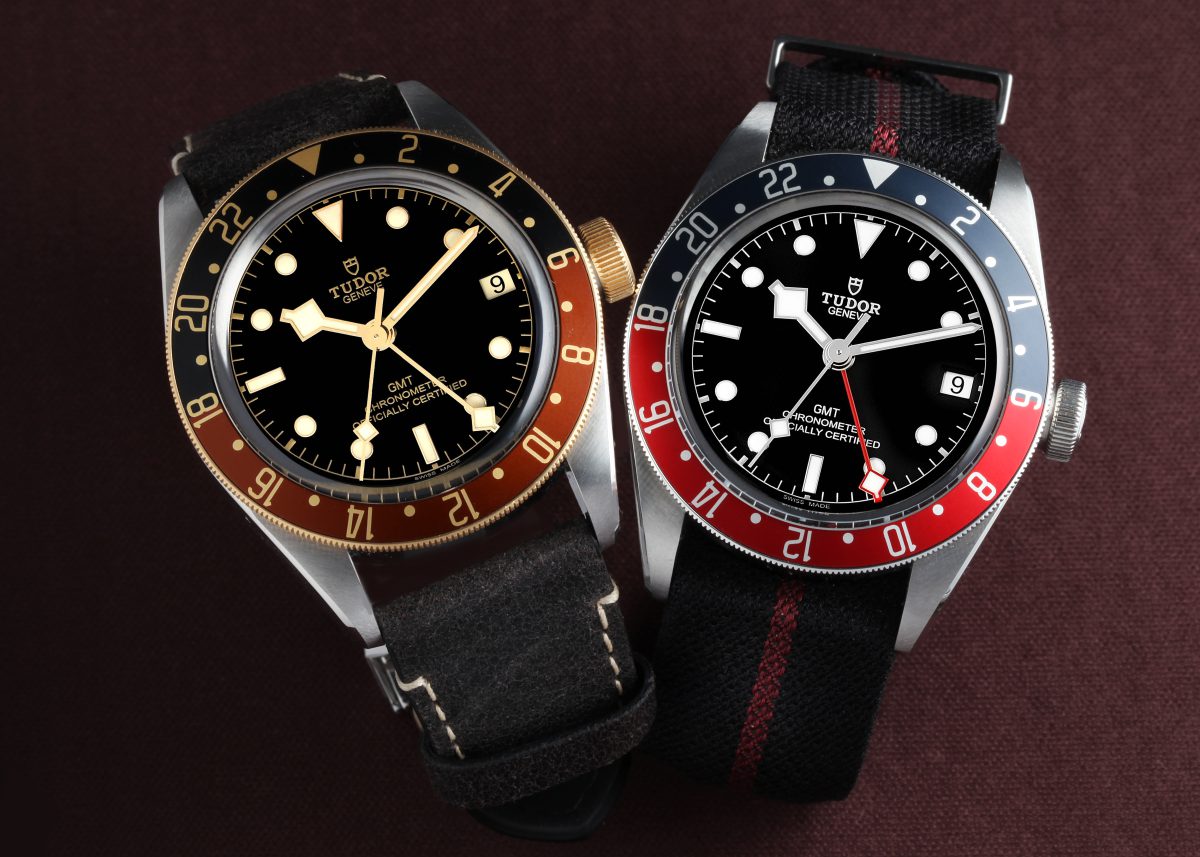 The winding crown from the Submariner 1958’s “Big Crown” 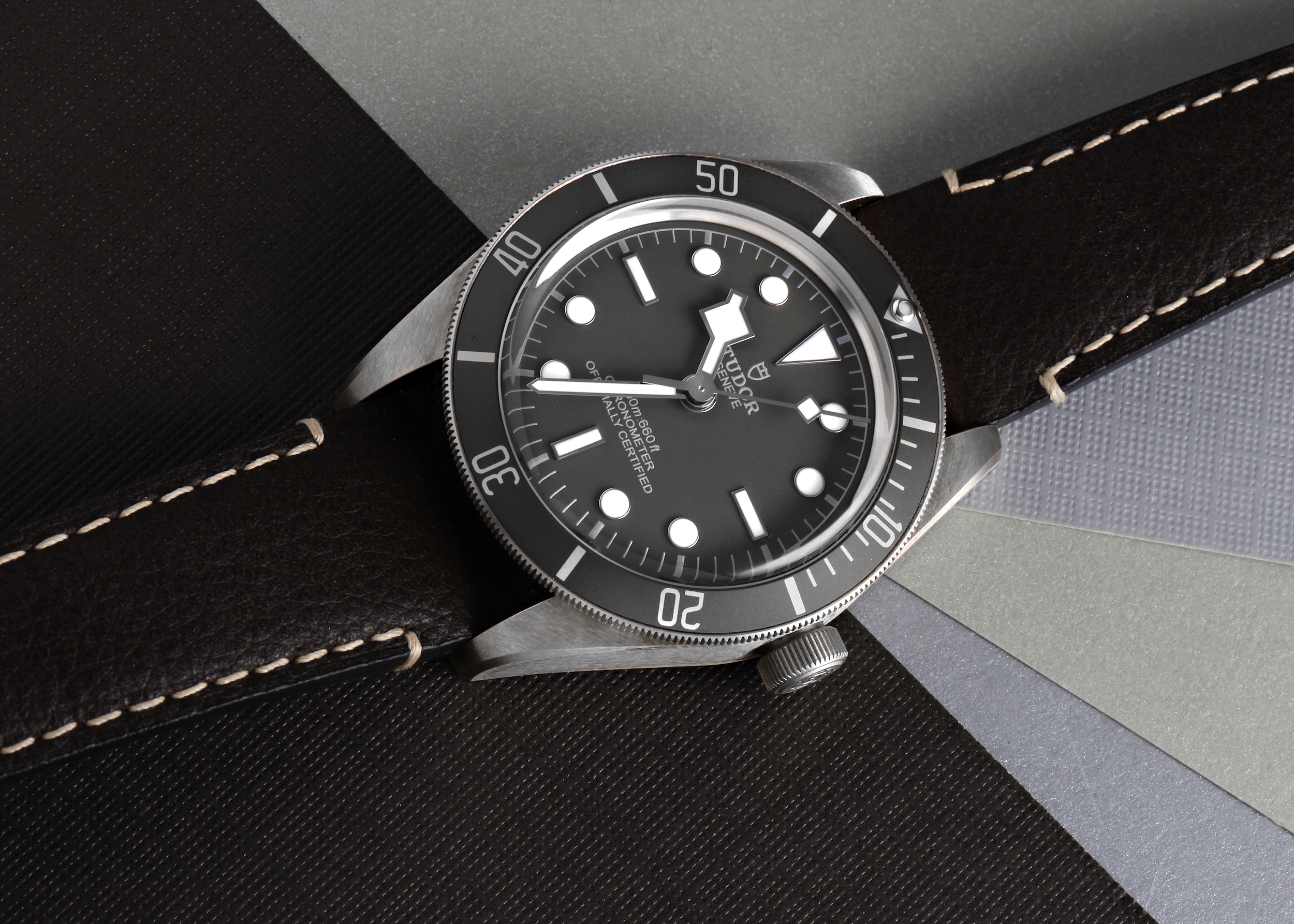 The Black Bay included many brilliant aspects of the Tudor Submariner, but these models have been revamped to appeal to a wider range of people. In fact, the Black Bay’s use is for much more than just diving. The models that don’t have rotating bezels include the Black Bay 41, 36, and 32. Overall, they maintain their historical water-resistant use of up to 150 meters.

While many similarities exist between these two watches, the Tudor Submariner came into its own over time. The most striking difference between the two is that Tudor didn’t incorporate its own movement as part of the brand’s efforts to be a more affordable counterpart to the Rolex Submariner. Though the Tudor Submariner was discontinued in 1999, its legacy lives on in the Black Bay.

Whether you’re a seasoned diver looking for a quality watch or a watch enthusiast looking to get into diving, both the Rolex Submariner and Tudor Submariner are quality watches that will be waterproof to great depths.

If you’re ready to purchase a high-quality dive watch, explore our vast collection of watches at SwissWatchExpo.com.