To this day, Hollywood screen legends still have an influence on how today’s celebrities dress, especially on the red carpet.

Apart from their on-screen prowess, the leading men of the silver screen also possessed commanding presence and style, providing a template for all leading men to follow. Of course, none of their ensembles would be complete without an iconic timepiece.

Here’s what these silver screen legends wore on their wrists: 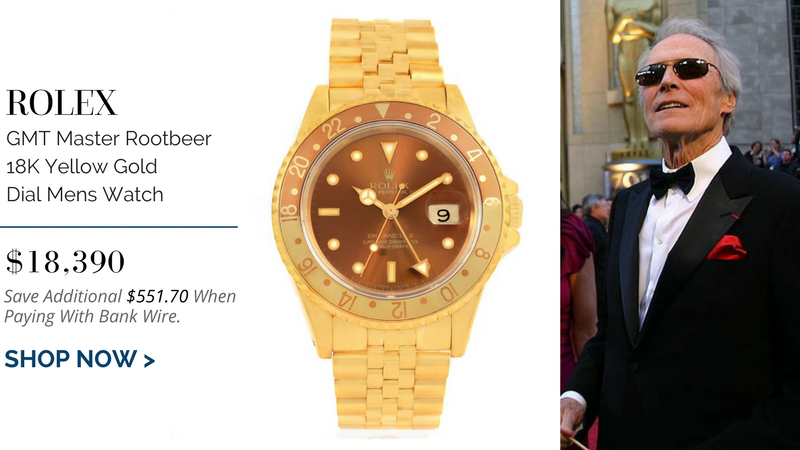 Clint Eastwood rose to fame after starring in Western films in the 1960’s, including the critically acclaimed The Good, the Bad, and the Ugly and A Fistful of Dollars. As one of the most prominent actors of his time, he was no stranger to receiving favors, and around this time was given a Rolex RootBeer GMT Master from Rolex executive T. Walker Lloyd. He has worn the two-tone brown and gold watch in several of his films, which has earned it the moniker “Clint Eastwood”. 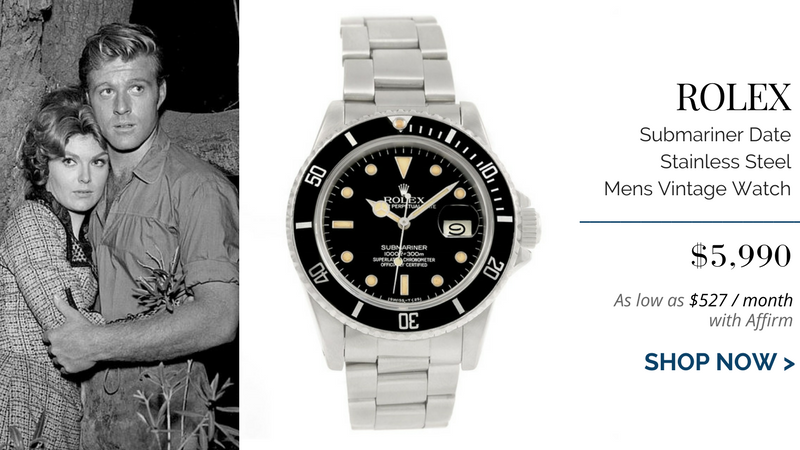 Robert Redford’s impressive career as an actor, filmmaker and environmentalist has been written about many times, but his impeccable style is undersung. It is perhaps because he belonged to the era of rebellious Steve McQueen and Marlon Brando, and he has always been the preppy, all-American guy. Nevertheless, he mastered the art of dressing in a dapper but uncomplicated way, making him the ideal of masculine dressing. No surprise then that he wore a Rolex Submariner. 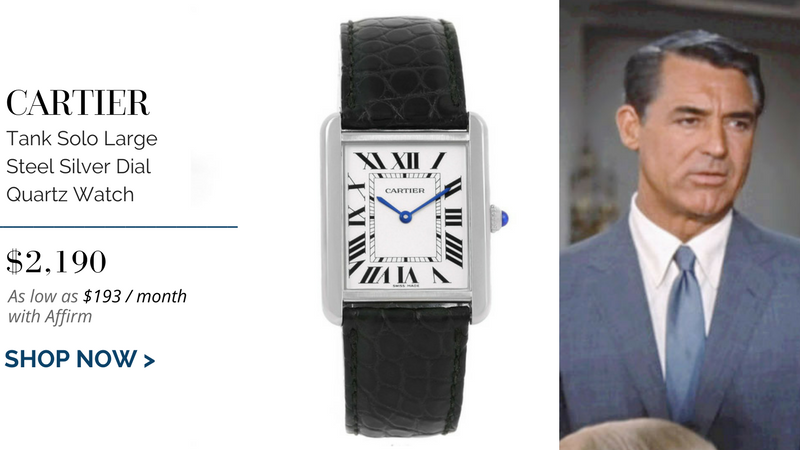 Cary Grant, one of the era’s definitive leading men, carried his debonair persona both on and off the screen. His name was actually synonymous with “well-dressed man” during the golden age of cinema – but the humble actor, whose difficult beginnings kept him grounded despite his fame, would never be seen with anything that was noticeably fashionable. Instead, he stuck to the classics. Fitting then that his favorite watch was the classic Cartier Tank – widely considered the most iconic of all watches. 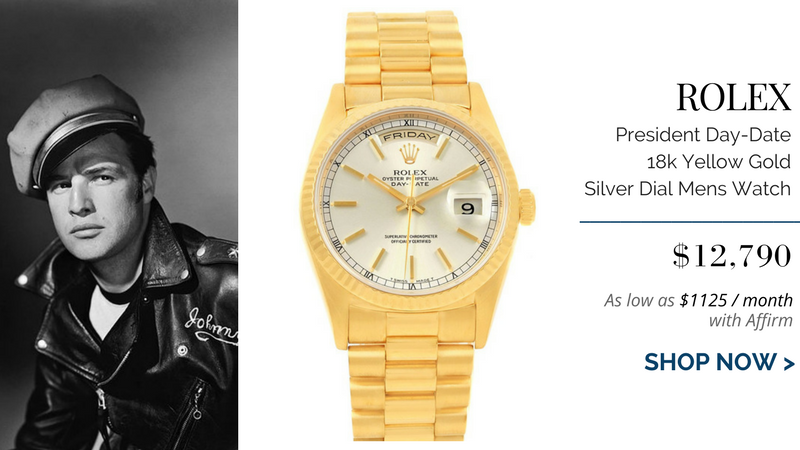 Marlon Brando took the silver screen by storm in A Streetcar Named Desire, and after years of wilderness, made a stunning comeback in The Godfather. His raw and vulnerable acting style and famous real-life escapades tagged him as “The Wild One”, and a pioneer of cool. The lifetime Rolex wearer was known to have had 5 watches from the brand, but was most often seen with his yellow gold Rolex President Day-Date.

PHOTO CREDITS: Clint Eastwood By Army.mil (File:Eastwoodtuxedo.jpg) licensed by CC BY 2.0, Cary Grant by [Public Domain], Robert Redford by By NBC Television (eBay front back) [Public domain] all via Wikimedia Commons / Marlon Brando by Ur Cameras [Public Domain] via Flickr