After entering the world of watches, you may have stumbled upon the terms chronometer and chronograph. They both have the same prefix “chrono” meaning “time”, but each of these terms has its own unique meaning. It can be easy to mix the two up at first. Still, once you thoroughly understand what a chronometer and a chronograph are, you will be the one explaining the difference to others instead of being uncertain mid-conversation. Read on to understand the difference between these two terms.

What is a Chronograph?

First, we’ll take a look at what a chronograph is. As mentioned, the prefix chrono means time. The full word chronograph incorporates the suffix graph, which means to write or record something. With this in mind, you can see how a chronograph is a watch that features a stopwatch – chronographs record time. Watches with a chronograph complication will usually have a few subdials to show the seconds, minutes, and hours elapsed. 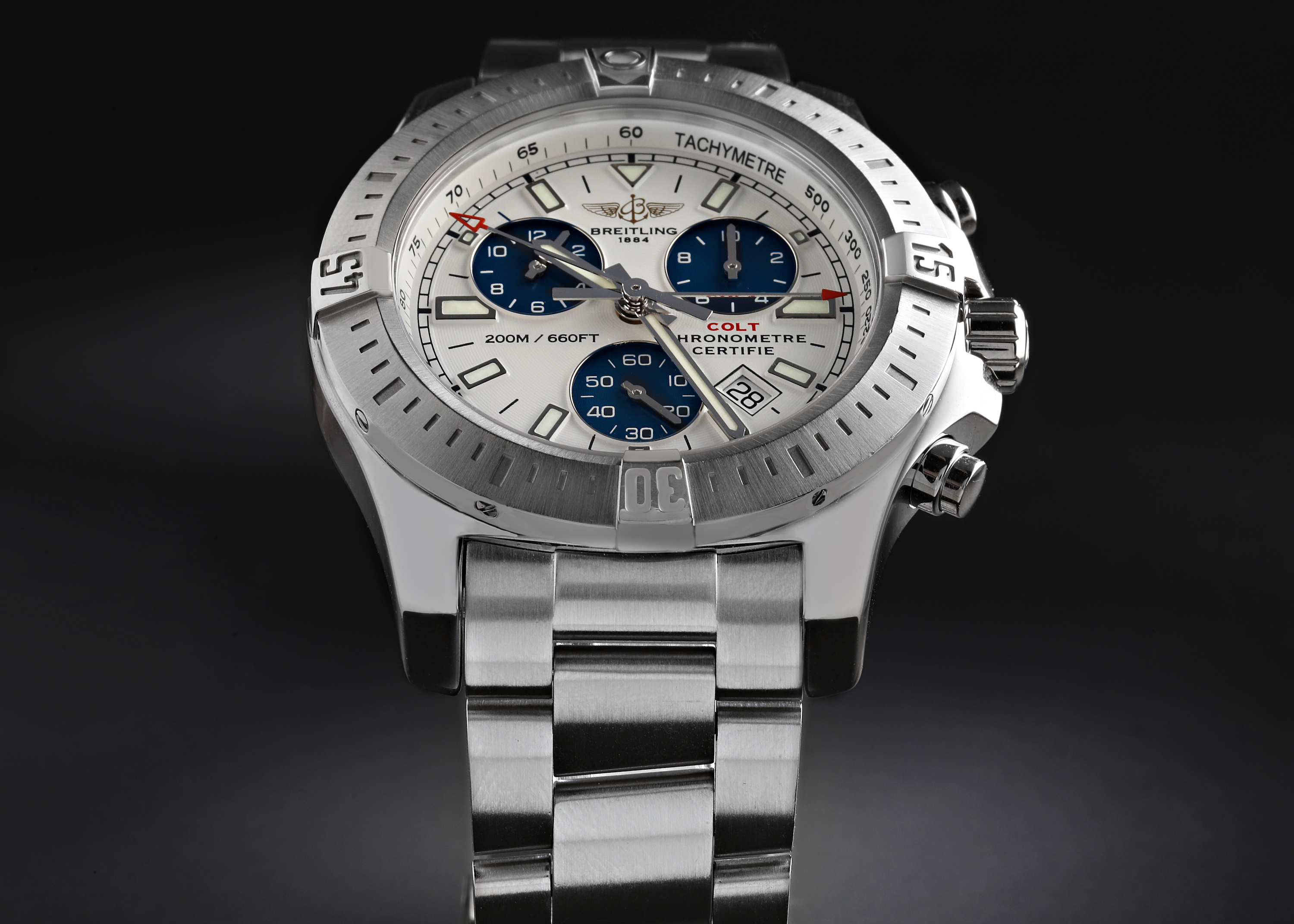 To use this feature on a watch, there will often be a return to zero pusher on the side of the watch case. Many types of chronographs are available and incorporate different bezels to track different things. One is a tachymeter, which will allow you to measure distance and speed. Overall, when someone refers to a chronograph, they’re talking about a watch that incorporates a stopwatch complication.

Most Popular Types of Chronographs – Flyback and Rattrapante

There are a variety of chronographs available on the market, and which one is right for you depends on what you intend to use it for. Two of the most popular types of chronographs include flyback and rattrapante. Here are some basics about each one. 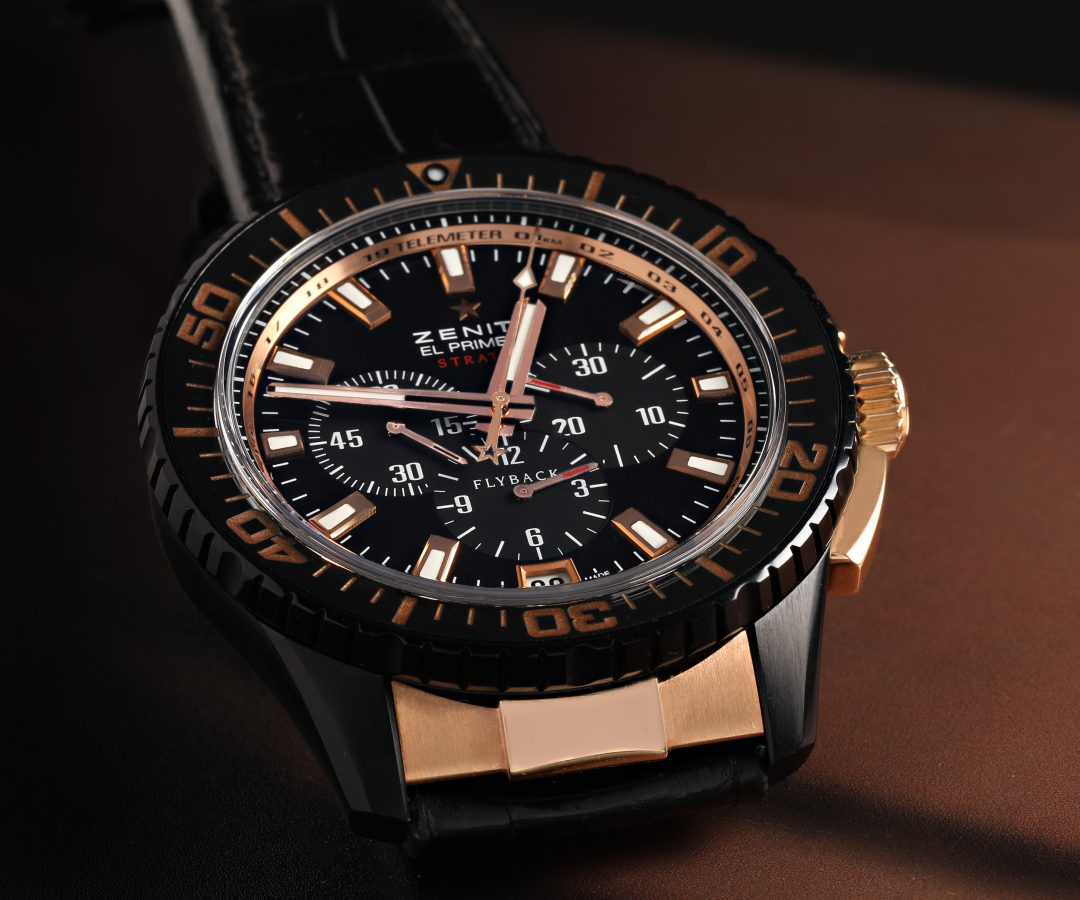 A flyback chronograph makes the stopwatch much simpler to use by only having a single push button. It makes restarting the chronograph faster because you don’t have to hit stop, reset the timer, and start again. It’s an excellent feature incorporated into any watch and exponentially increases the watch’s complexity. 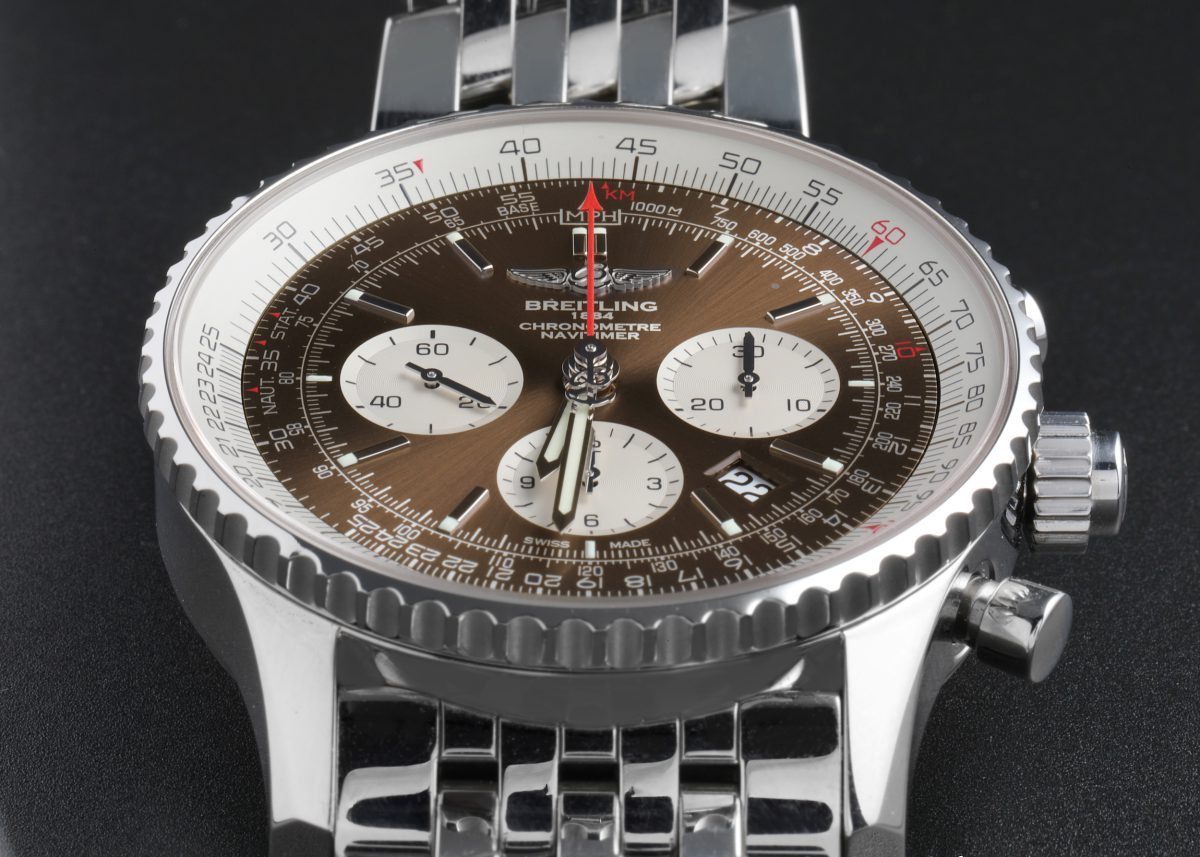 This French word translates to “catch up” in English, and rattrapante is often referred to as split seconds. It is an additional timer incorporated into the chronograph. There will be two watch hand timers in watches with rattrapante complications. The rattrapante doesn’t initially appear when you start the chronograph, it will look just like any other stopwatch. When you activate this function, the other hand will stop, and the second one will continue moving. Once you push the button again, the hand that stopped will move back into place with the chronograph hand. It is an excellent feature for measuring lap times.

What is a Chronometer? 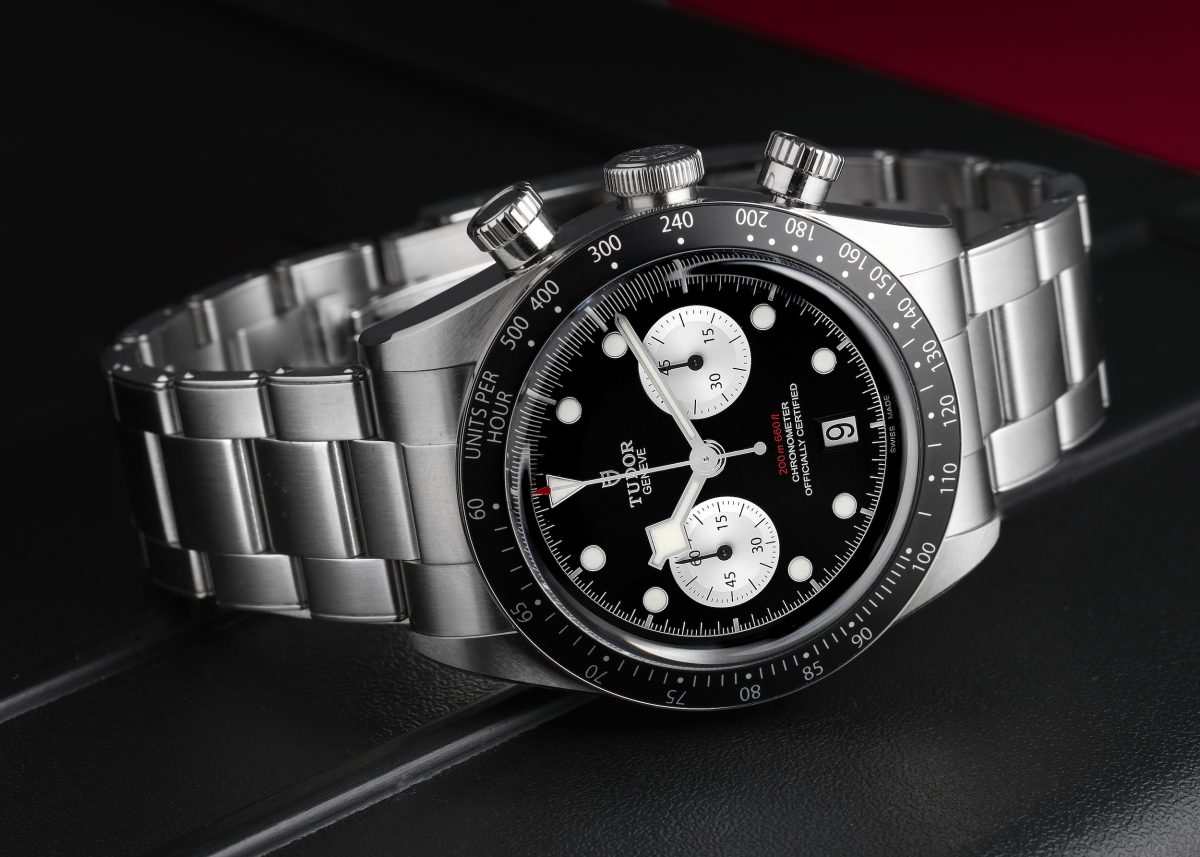 If a watch has passed a certified chronometer test, then it will often have the word “Chronometer” displayed on the dial.

Most Reputable Types of Chronometer Testing – COSC and METAS Certifications

Certain tests are more reputable than others to define if a watch can be considered a chronometer. The two most reputable ones are COSC and Metas. Here’s a breakdown of the two. 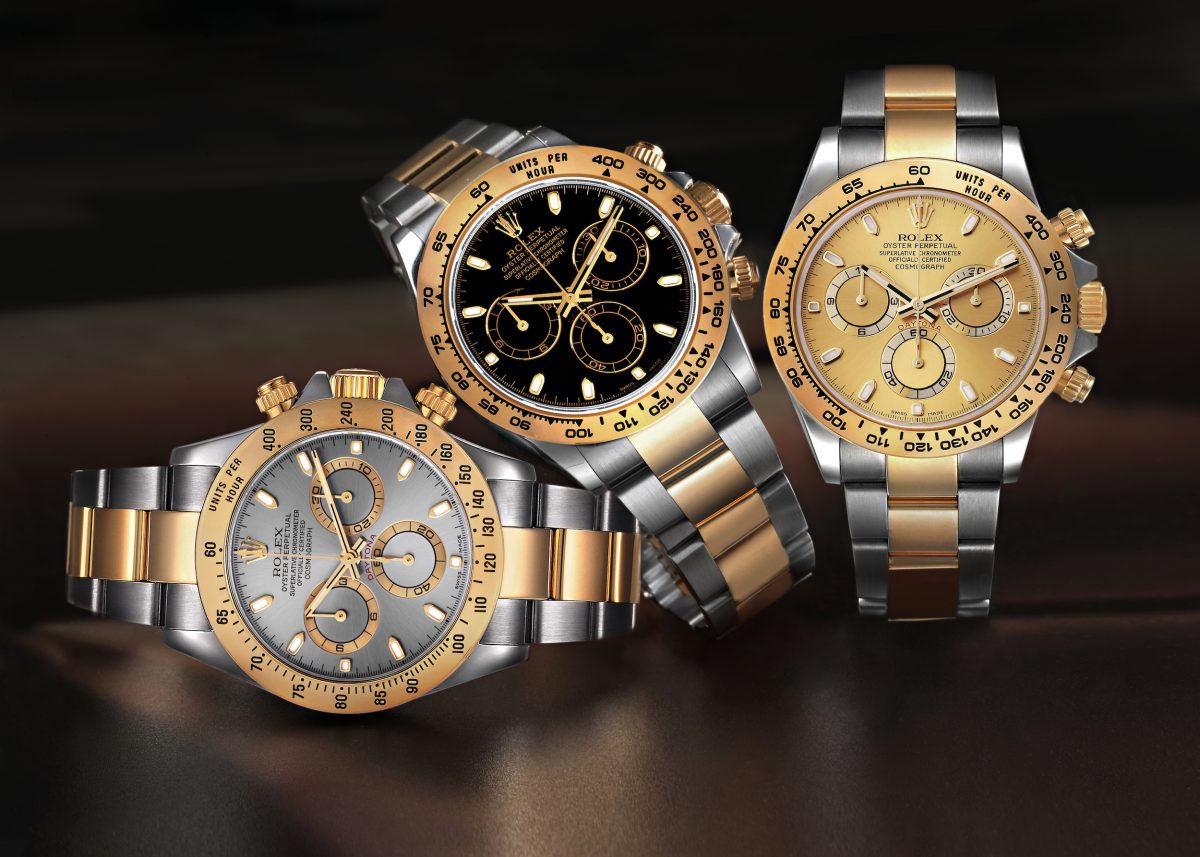 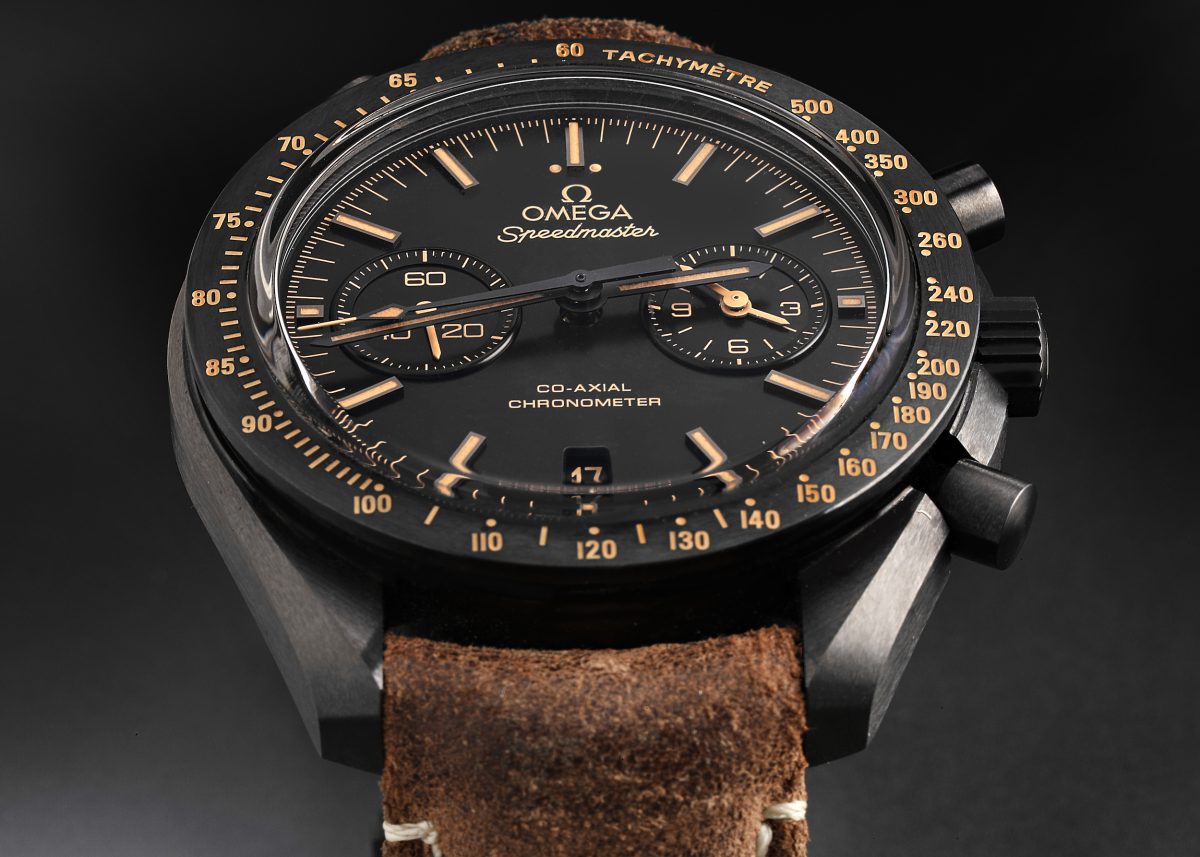 A METAS-certified chronometer must have already undergone the selective COSC tests. That means that any watch with this distinction has been certified twice. METAS testing lasts ten days and is held to an even higher standard than COSC. To obtain METAS certification, a watch must pass accuracy testing between 0 to +5 seconds. This certification also tests for other watch components including water resistance, magnetic exposure testing, rate deviation, and power reserve testing.

You can find both chronograph watches and certified chronometer watches from our wide selection at SwissWatchExpo.com.