There is a vast variety of watches and watch brands available, even in the luxury arena. They range anywhere from entry-level watches used solely for practicality, to watches that are intended for a specific purpose such as diving, and finally, works of art that are constructed with only the highest quality materials.

Among watchmakers, three Swiss brands stand out as the most revered of them all. Dubbed the “Holy Trinity”  of watches these brands have established themselves for centuries when it comes to pioneering innovations, craftsmanship, and heritage. They are:

These three companies have stood the test of time by producing top-quality watches with consistency in peak style. If you want to know more about watchmaking history and perhaps are even considering purchasing your own watch from one of these brands, continue reading on.

Audemars Piguet began with an industry-shaking partnership in 1875. Jules Louis Audemars and Edward Auguste were young entrepreneurs at only 23 and 21 when they formed their business. They combined each of their own expertise to create the top-quality Audemars Piguet watches known today. Audemars knew how to create complicated movements and Piguet’s specialty was in the final regulation of the movements. 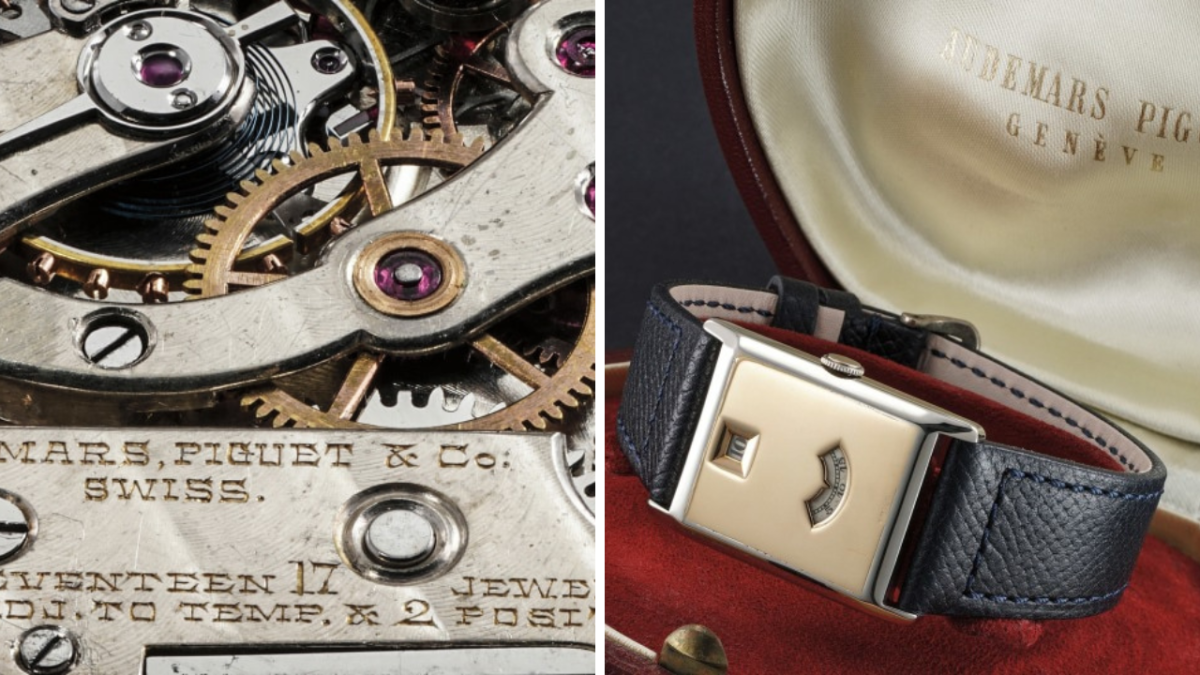 They developed some truly iconic innovations in the watch world. These included:

The first-minute repeater movement – In 1892 they developed this watch complication that’s a true positive of horology. Helping the visually impaired tell time is one of Audemars Piguet’s achievements, and this also propelled them to have a spot in the industry.

First skeleton watch – The aesthetics of a skeleton watch are still popular today, after all, it’s a great experience for watch enthusiasts to see as much of the inner workings of a watch as possible. They introduced this in 1934.

After many years of development, Audemars Piguet is known today for an array of both sports and dress watches available in their collection. Of course, the Royal Oak has secured its spot as one of their top watches but there are a few others that have truly solidified their spot in the holy trinity of watches. 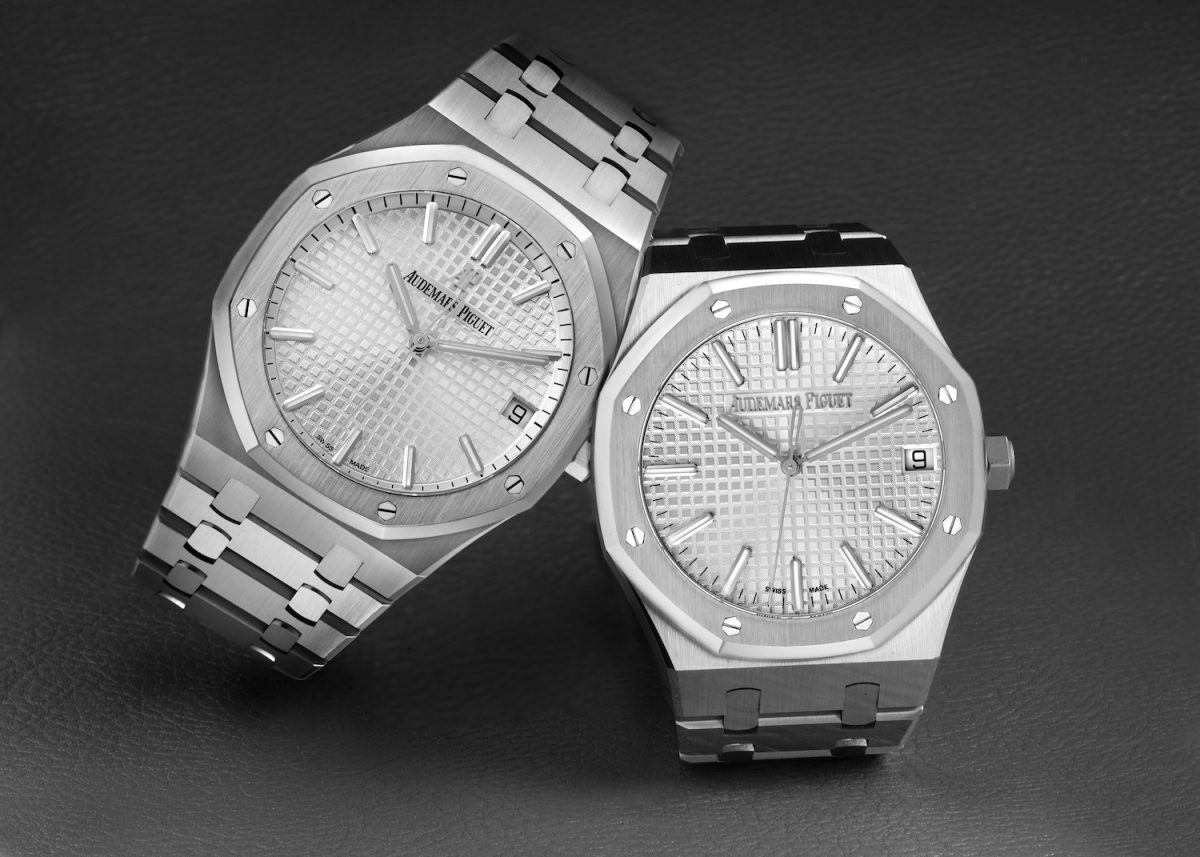 Some notable ones include the slightly larger Royal Oak Offshore with a sportier appearance. Luxurious yet with a simple design that can appeal to all, their Jules watch is a true leader regarding the complications built into watches. Finally, another notable watch developed by Audemars Piguet is the Millenary. This beautiful and notable design is one that truly stands out among other watches with its off-centered dial.

Overall, Audemars Piguet has come a long way since the two founders struck a business deal.

Dating back farther than Audemars Piguet, Vacheron Constantin was founded in 1755. In fact, it’s the oldest continuously operating watchmaker in the world. The company’s history started even before their founding. Jean-Marc Vacheron found refuge for his protestant religion in Geneva during the 16th century, along with many other artisans in his position. His grandson, Jaques-Barthelemy expanded his innovative ideas and expanded the watches into markets outside of Switzerland. 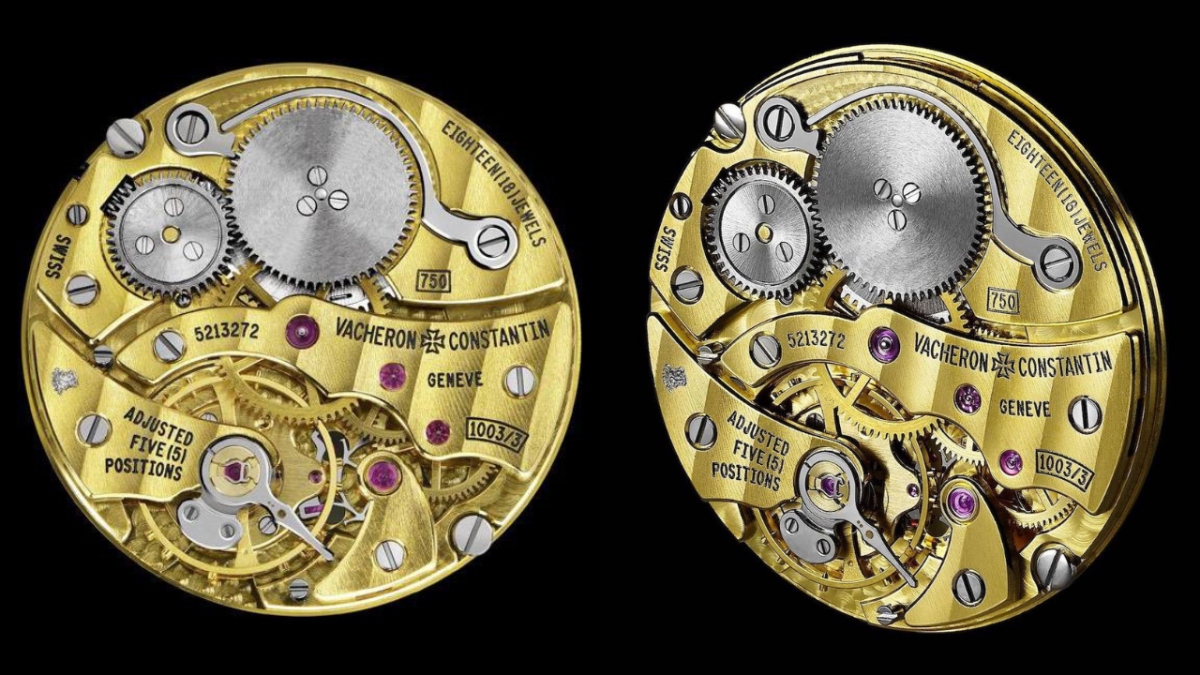 The company gained its full name when Barthelemy struck a business partnership with François Constantin, thus creating the brand Vacheron Constantin. Some of their iconic innovations include:

First anti-magnetic watch – In 1955, Vacheron Constantin came out with this innovation. It was a wrist chronograph with a tachometer scale.

World’s thinnest manual-winding movement – The Calibre 1003 has 117 parts and was the world’s smallest mechanical caliber on the market. It was introduced in 1955. 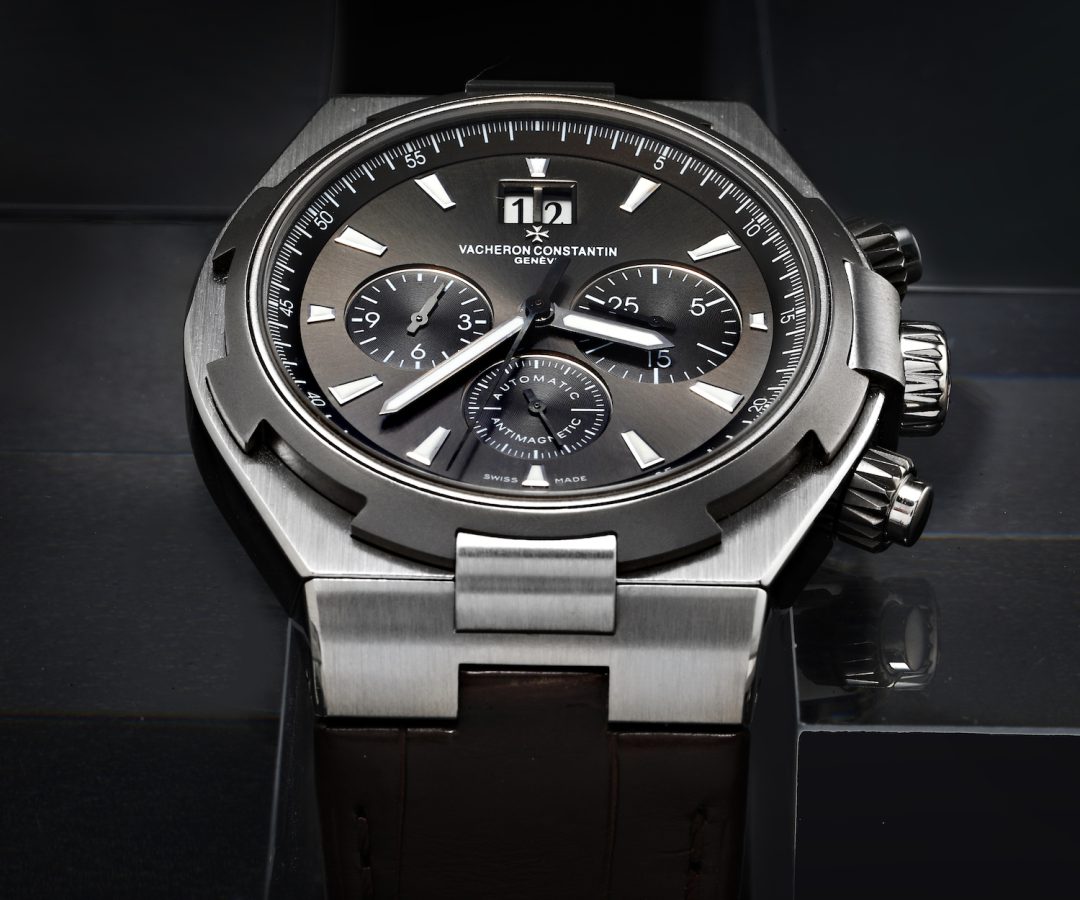 Vacheron Constantin went beyond dress watches by incorporating sportier additions into their collection such as the Vacheron Constantin Overseas. With sleek cases, a sporty-elegant look, and various complications available, they’re truly inspired by the style of world travel. Other recent innovations also include the reference 57260 with a staggering 57 complications, and the Traditionnelle Twin Beat Perpetual calendar with a groundbreaking 65-day power reserve. 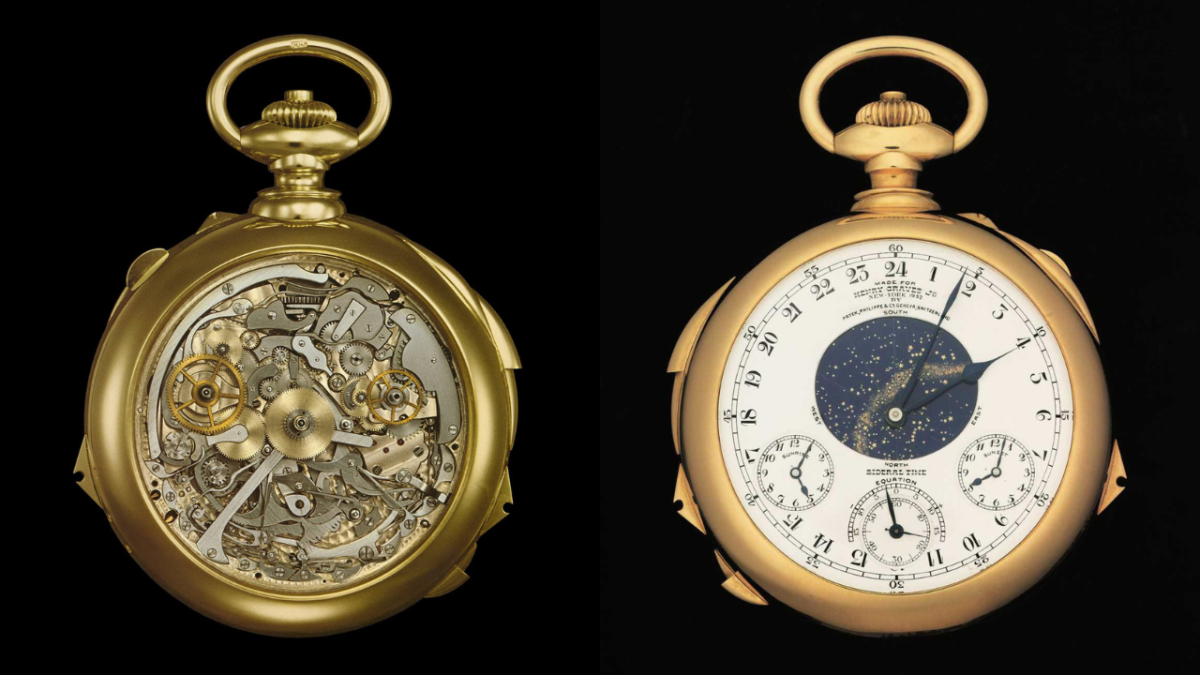 Patek Phillippe came out with quite a few innovations including: 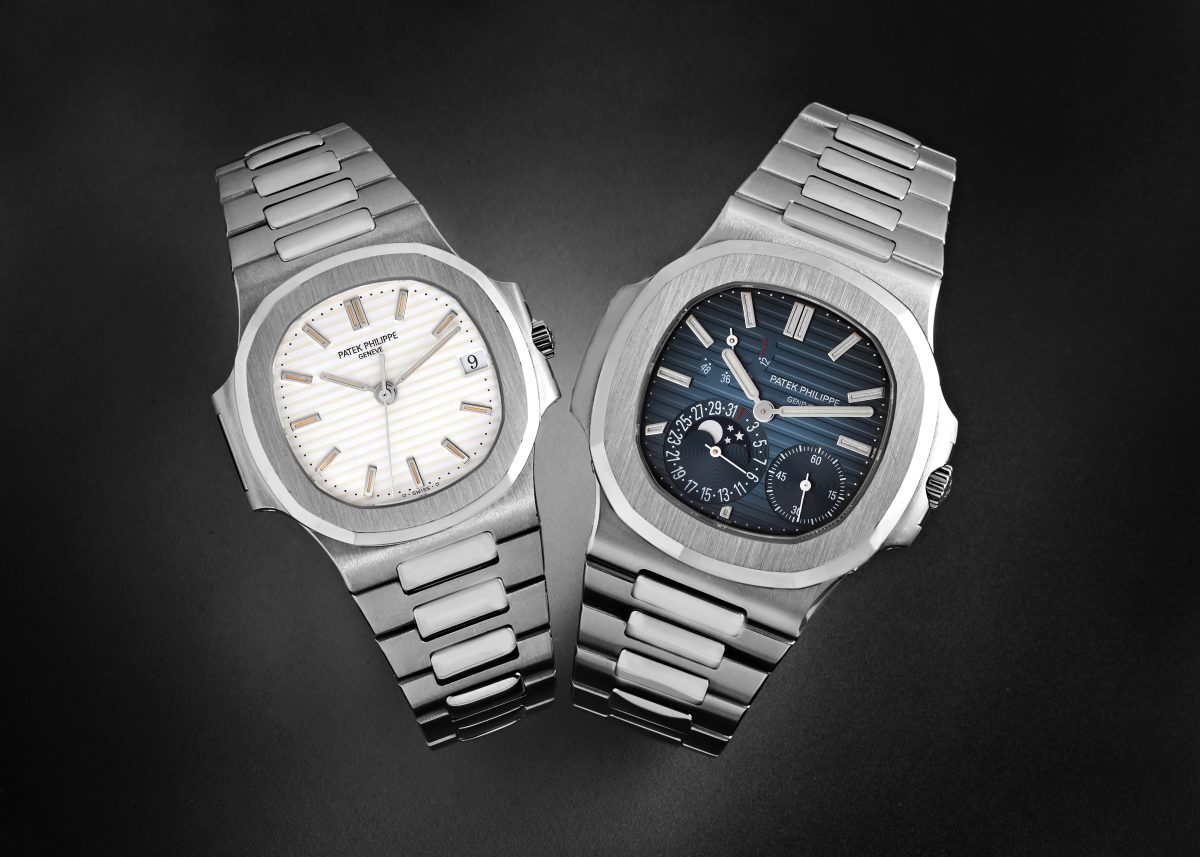 Patek Phillipe continues to create dress and high-horology watches. Some of these include the Calatrava, Complications, and Grand Complications lines. In the recent decade, Patek has become a frontrunner in the luxury sports watch arena with the Nautilus and Aquanaut.

Watchmaking is full of history, and heritage is wrapped in the watches of each of these luxury companies. Audemars Piguet, Vacheron Constantin, and Patek Philippe all have their own unique styles and contributions to the watch industry. There’s a reason why they’re known as the holy trinity of watches – not only do they have beautiful and well-crafted timepieces, they have also left a legacy for younger watchmakers to follow.

If you’re considering purchasing one of these gorgeous luxury watches, explore our collection of watches from the trinity and many more at SwissWatchExpo.com.