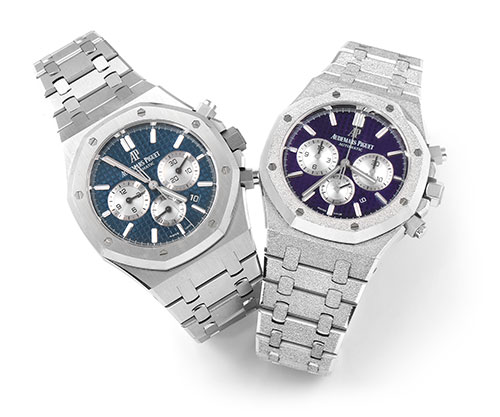 Audemars Piguet was founded by Jules Louis Audemars and Edward Auguste Piguet in 1875. Established in Le Brassus, Switzerland, Audemars Piguet has been family owned since its founding. The company is renowned in the watchmaking industry for its innovative spirit, having invented the thinnest pocket watch caliber in 1925, the world’s thinnest wristwatch in 1946, and the first steel luxury sports watch in 1973 – the iconic Royal Oak. Audemars Piguet continues to make pioneering, complex, and distinct timepieces with their Royal Oak, Royal Oak Offshore, Royal Oak Concept, and Millenary line of watches. Explore our collection of Audemars Piguet Watches for men and women, at SwissWatchExpo.com.